Vikram: Mathuga Mathuga, Telugu version of Pathala Pathala is out 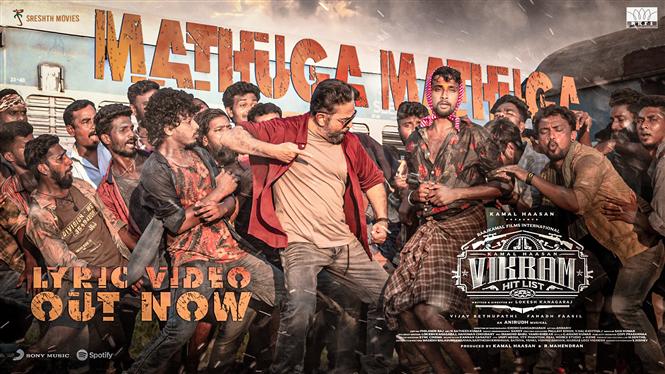 Vikram starring Kamal Haasan in the lead is releasing in Telugu as Vikram Hit List on June 3, 2022 and the Telugu version of the Pathala Pathala song from the movie titled Mathuga Mathuga is out now. Mathuga Mathuga has Telugu lyrics by Chandra Bose while Kamal Haasan has crooned this version as well. The song is composed by Anirudh and its lyric video can be seen on Sony Music South's YouTube channel.

Written and directed by Lokesh Kanagaraj, Vikram is an action thriller that revolves around the search of the lead character.  Vijay Sethupathi, Fahadh Faasil, Narain, actor Suriya (cameo) co-star in this movie which is produced by Raaj Kamal Films International and distributed in Andhra Pradesh, Telengana by actor Nithiin and Sreshth Movies.