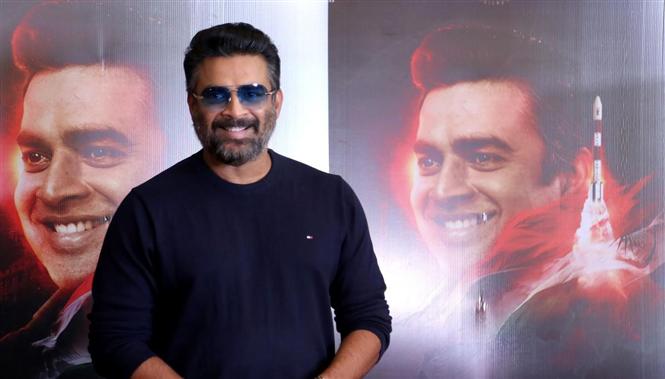 Actor Madhavan who has been actively promoting his upcoming movie Rocketry: the Nambi Effect was in Chennai recently when he stated that the ISRO used Panchangam - the Hindu almanac calendar for launching its Mars orbiter. This obviously lead to the troll brigade taking his case, because nowhere does the Indian Space Research Organization claim that it relies on the information predicted by a specific religion.

In case you do not understand Tamil the gist is
Indian rockets did not have 3 engines ( solid, liquid and cryogenic) that helps western rockets propel themselves into mars orbit. But since Indian lacked that they used all the information in the panchangam (hindu almanac)

The rocket was launched, it went around the earth, moon and Jupiter's moon and ricochet like a play thing and put into Mar's orbit. 🥱🙏

When things got out of hand, Madhavan finally came out with a tweet which implied that he was merely using the Tamil equivalent word of an actual astronomical almanac, which is a book published every year containing information such as the setting and rising times of the sun, moon, planets, stars, eclipses and are commonly used by space scientists.

🙏🙏I deserve this for calling the Almanac the “Panchang” in tamil. Very ignorant of me.🙈🙈🙈🤗🚀❤️Though this cannot take away for the fact that what was achieved with just 2 engines by us in the Mars Mission.A record by itself. @NambiNOfficial Vikas engine is a rockstar. 🚀❤️ https://t.co/CsLloHPOwN

Thank you but pls do Google the Hindi and Tamil translation of Almanac . 🚀🚀🙏🙏🙏❤️❤️ https://t.co/dqCZklk5DQ

Madhavan was however right about stating that the Indian Mars Orbiter Mission also known as Mangalyaan, made India the first nation in the world to reach Martian orbit in its maiden attempt. He was also accurate about India's Mars mission being the least expensive in the world to date.