Madhavan RTs an Ajith fan edit : Fans wonder if it was by mistake 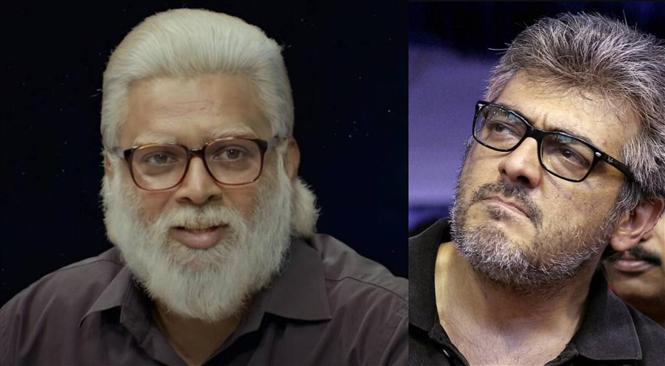 Actor Madhavan has been busy promoting Rocketry: The Nambi Effect on social media in which he plays Indian aerospace Engineer Nambi Narayanan, whose Vikas engine was instrumental in sending India's first Mars orbiter into space. The movie which follows the life of Nambi till his old-age, has Madhavan portray that physicality as well and taking to Twitter, Madhavan shared over how his family had a few laughs when they saw that version of him being close to his wife for the first time.

When my brother-in-law freaked out when I sent him this photo of my wife .🤣🤣🤣🤣😂 #rocketrythefilm .❤️❤️🙏🙏🚀🚀🚀 pic.twitter.com/s2aAoADPj6

This post was meant to be a light-hearted share but given it is the internet, a fan-edit of actor Ajith with white hair got inserted into the conversation and was re-tweeted by Madhavan too. The comments under this post are divided over whether it was a mistake, an intended dig or Madhavan simply not knowing that it was an edit aimed at mocking Ajith. 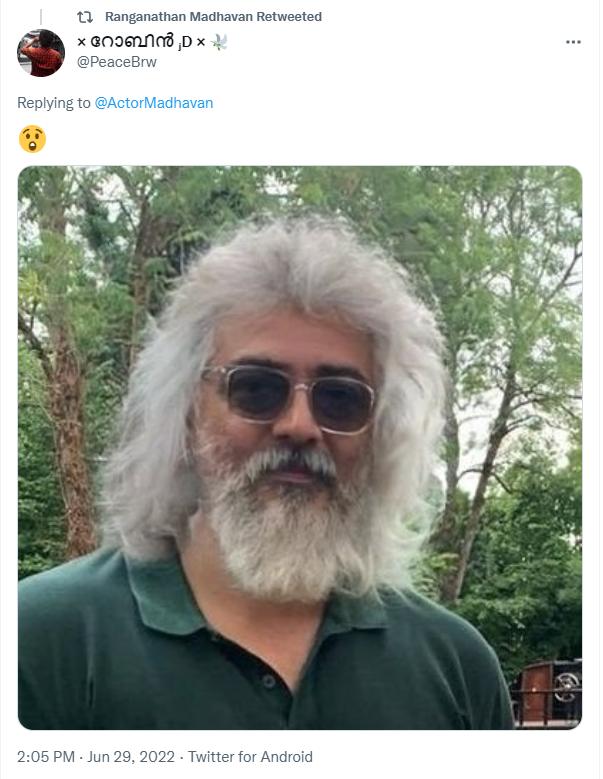