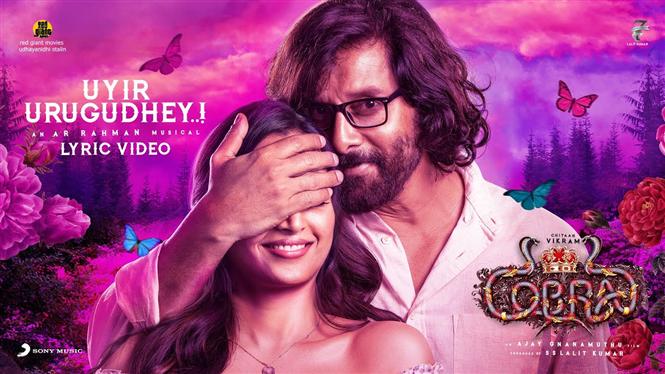 The lyric video for Uyir Urugudhey crooned and composed by AR Rahman for Vikram starrer Cobra is out now and the number is a slow romantic melody from the movie. Cobra written and directed by Ajay Gnanamuthu and has so far had two song releases namelt Thumbi Thullal and Adheera.

Uyir Urugudhey is the film's third single and is penned by lyricist Thamarai. Cobra hits theater screens on August 11, 2022. The film produced by 7 Screen Studio is being presented in theaters by Red Giant Movies and its OTT, satellite rights is with Sony Liv and Kalaignar TV channel respectively.