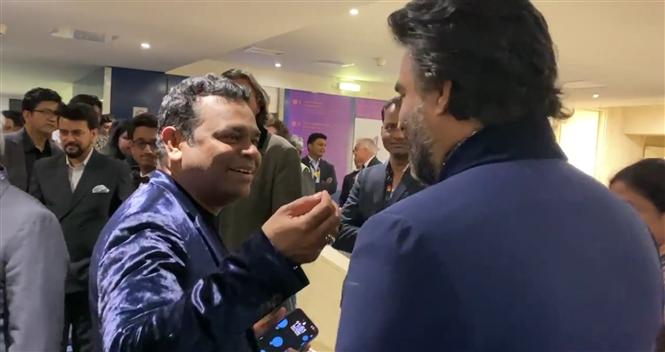 Back in May this year, the Indian delegation to Cannes came in full force to support Madhavan directed Rocketry: The Nambi Effect and now Madhavan whose movie is its first week of run in theaters, has shared a clipping of AR Rahman reacting post-screening.

In atleast two different instances, AR Rahman words his admiration for Madhavan's directorial efforts and the dialogues he has used in Rocketry. ARR also says that Madhavan has emulated the cheekiness and attitude of former ISRO scientist Nambi Narayanan quite well onscreen.

Nambi Narayanan, now in his 80s was instrumental in developing the 'Vikas' engine that launched India's first PSLV. He is a Padma Bhushan awardee who was falsely accused in a spy scandal in 1994, which cost him years of duress and a lengthy legal battle against the Kerala government. Rocketry, the film based on him was shot in Tamil, Hindi, English and released in dubbed versions of Telugu, Malayalam and Kannada as well.