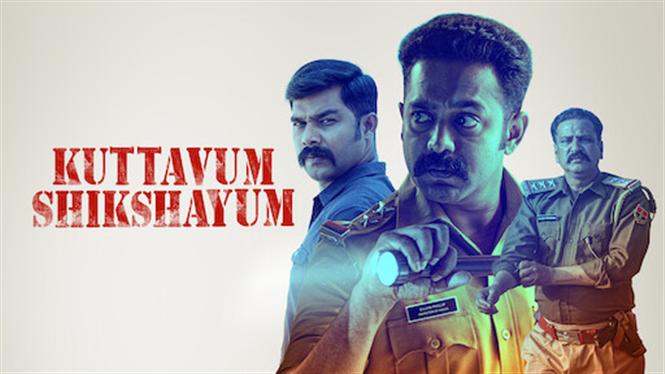 At one point in Kuttavum Shikshayum, the police team that is investigating a theft gets to know that the suspects are from a village in Rajasthan. They are advised that it isn’t a safe place to venture into. It is the kind of scene that would make you think that it is the ideal scenario for a build-up. You expect the music to be amped up. You expect an aerial shot of the supposedly dangerous terrain. But what you get next are the fields alongside the tracks from the POV of the policemen en route to Rajasthan in a train. That is the kind of film that Kuttavum Shikshayum is. Leave alone heroism, this is a film that isn’t even trying to get you into an adrenaline rush in the mainstream cinematic sense. It wants you to see the episode exactly the way the policemen themselves are seeing it, as just another day at office!

Rajeev Ravi’s Kuttavum Shikshayum is a simple film in a way. But it is also very different for this very reason. This simpleness is what turns out to be its USP. But this is just on the surface. Beyond the investigation, what we get is an intricate study of a policeman. C.I. Sajan Philip (Asif Ali) is fighting over guilt. The film starts with the shot of him killing a young rebel. This isn’t related to the investigation which is the film’s core plot. But this has an influence on how Sajan carries out his investigation. During a later scene, he confesses to his colleague on how this uniform gave him the audacity to just kill someone. You don’t know what kind of a policeman Sajan was before that incident. Was it just a spur of the moment decision or was he really ruthless? From what we see later on in the film, it appears, it could be the former. Sajan and his team of policemen come across as humane. In one scene, Sajan explicitly tells them not to hurt a person who is being questioned. Kuttavum Shikshayum is based on a true story. Was the actual investigation done in this manner or is this Rajeev Ravi showcasing on how the police force should go about their duty without resorting to brutality? The film neither glorifies the police nor villainizes the gang of robbers. In fact, one of the police officers in Rajasthan who briefs Sajan about the suspects, explains why these people have resorted to criminal activities, having been left with very little option by politicians.

Despite not trying to create a sense of urgency, Kuttavum Shikshayum remains thoroughly engaging for the most part. The world building is superb. It is only in the final leg of the film that I felt a little impatient. The climax is another very interesting choice. There isn’t what you would call a payoff. This again seems a very conscious decision and in line with what Sajan is going through internally. He wasn’t working rigorously on this case for a payoff. Or to put it better, not the kind of payoff you are expecting as an audience. He was working for a different kind of a payoff, the contentment of having done his duty as a policeman and the happiness of having stayed true to his conscience and not hurting people on the way. He couldn’t be less bothered even if those he nabbed go scot-free the next day.

In a way, Kuttavum Shikshayum is actually about Sajan getting to be the policeman that would ensure he sleeps peacefully at night. 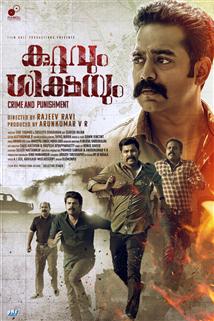