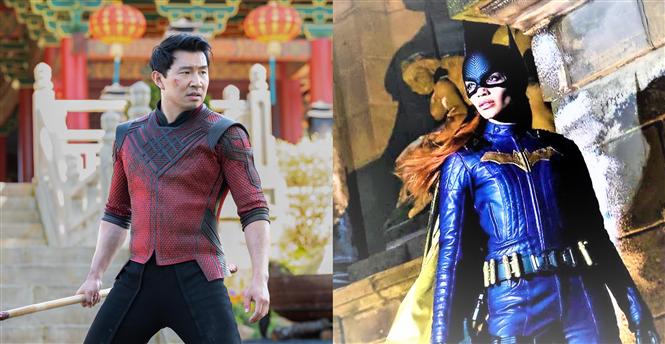 Hollywood production house Warner Bros.' recently caught movie goers and fans from all over the world by surprise, with their unconconventional decision to shelve a fully made Bat Girl movie, which has already cost them a whopping $ 90 Million [Rs. 714. 65 Cr] in production. Bat Girl movie had finished shooting months ago and starred Leslie Grace in the titular character, Michael Keaton as Batman, J.K. Simmons as Commissioner Gordon and Brendan Fraser as the villain, Firefly.

The decision to shelve Bat Girl came in succession of the meger between Warner Bros. (WB) and Discovery. Many movies that were waiting for release on WB's streaming service HBO Max, were reversed to release in theaters first post this merger. However some of the mid-budget productions like Bat Girl which were too small for theaters and too big for streaming services, ended up getting no release at all, at the cost of saving WB's brand repute.

Hollywood, and fans of the American film industry have reacted to this no-release strategy quite critically. Especially since the move not only brings the hardwork of countless talents to no fruition, but also potentially cuts off their prospects of future work short. The livelihood of many film workers dependant on this production et all, the general atmosphere was pretty grim surrounding the Bat Girl cancellation.

At this time, Shang Chi actor Simu Liu, one of Disney's superhero movie stars made a joke on Twitter that A) went over many B) invoked criticism from the Twitterati for being in bad taste.

I'm sorry to inform you guys that Disney has decided to scrap the Shang-Chi Holiday Special due to quality control concerns. I had already filmed the entire thing. I even designed an all-gingerbread Ta Lo. RIP Shang Chi and the Legend of the TEEEN GOLDEN RIIIIINGS

.... really? YOU know Alot of People are Suffering. And You have to make a JOKE OF THIS. NOT IT...... be THANKFUL of what You Have. And that Your movie is Not getting Cancelled For Now. . This is Shamefull

This was... uncalled for? I believe what people usually say about jokes is that a great sum of it lies in timing.

This one was neither funny nor time-appropriate.

It's not the wort thing in the world, but, dude, rethink some things or get people to help you before you tweet

What's funnier is two big news outlets @TimesNow and @Koimoi thought Disney actually scrapped ShangChi, talk about reporting on Movie news with no knowledge about the day-to-day developments (and talk about a joke going over the head) #Batgirl https://t.co/VhA2uePsfX pic.twitter.com/LwKzfikVq6

They were paid already. How are dreams crushed?

From insider reports at WB, the movie wasn’t good or looked good. It may be better they weren’t known for this.