Victim Review - A terrific short from Pa Ranjith and three sub-par ones! 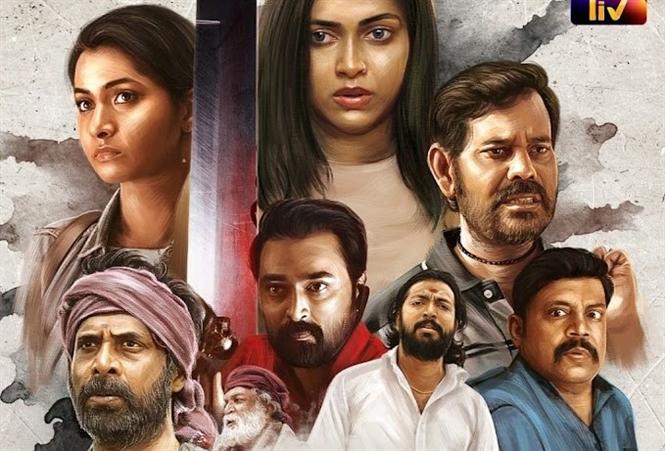 Victim – A terrific short from Pa Ranjith and three sub-par ones!

Dhammam : In Pa.Ranjith’s short, a seemingly minor altercation snowballs into a tussle which almost leads to a loss of life. Ranjith makes terrific use of the landscape and delivers a visually compelling film. Who is the Victim seems to be Ranjith’s question in Dhammam. The oppressed is certainly the victim in a society but Ranjith showcases another angle here. He lays bare the oppressor mentality with all the hatred and it almost comes across as a mental illness in the film. The oppressor becomes a victim of his own hatred in Dhammam. Someone is badly hurt and his kith and kin forget about trying to save him and instead let out their bloodthirst. It is as if they were waiting for an opportunity to unleash their pent-up hatred. The entire short has no message delivered through dialogues. We have around 30 minutes of intriguing narration that can also double up to serve as a commentary on the society. There is this guy who is doing the right thing by trying to save the injured man. But those around him will not let him be sensible. They egg him on to turn violent and the guy relents to the pressure. This could be seen as mob mentality. But more than that, Ranjith seems to suggest how some of them go against their conscience and do things they are not supposed to, just to be a part of ‘their group’. Dhammam is also a reminder that 'your group' isn’t going to save you when you need them the most. All that the group is concerned about is to keep another group below them!

The remaining three shorts pale in comparison and all of them rely on a single last-minute twist. It is as though the twist was decided and 30 minutes was simply built around it. All the three films are just happy to swap the victim in the climax. Chimbudevan’s Kottai Paaku Vathalum Mottai Maadi Sitharum feels more like a stage play and is dialogue heavy. Thambi Ramaiah hams it up and the jokes don’t work.

M. Rajesh’s Mirrage plays out like a horror film. But it hardly works because nothing looks authentic here. There seems to be no effort to bring in any sense of plausibility. It is as if someone thought that setting up a horror premise is as easy as switching off the lights to scare you. The climax might justify some of the earlier implausible scenes but it actually feels like lazy filmmaking. Natty does lighten up one of the scenes with his antics.

I really couldn’t make much sense of Venkat Prabhu’s Confession. Like, what was actually the point of the film? Venkat Prabhu seems to enjoy showcasing bad guys having the last laugh. Mankatha, Manmadha Leelai and now Confession!