Official: Dhanush Vs Ryan Gosling in The Gray Man Sequel 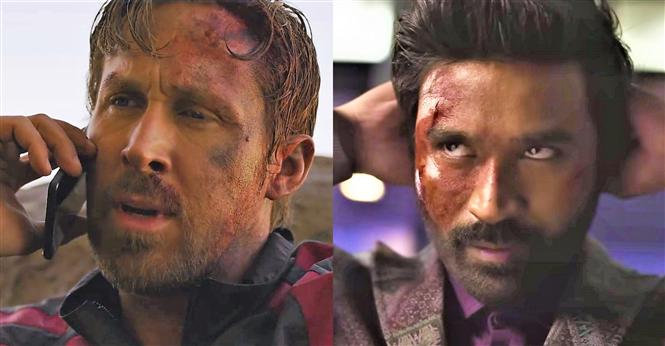 Netflix movie The Gray Man starring Ryan Gosling, Chris Evans and Dhanush was previously announced to be getting a sequel by film's directors - the Russo brothers. Now, Dhanush who played a Tamil mercenary named Avik San in the movie, has confirmed that he will be returning as the 'Lone Wolf' for the sequel. Dhanush also dropped an audio teaser for the new movie, which indicates that The Gray Man 2 will be about Sierra Six (Ryan Gosling) Vs Dhanush's character, as they are going after the same man.

The Gray Man universe is expanding and the sequel is coming… Lone Wolf is ready, are you? #TheGrayMan @agbofilms @netflix @Russo_Brothers pic.twitter.com/b8FuJk9koJ

In the first movie The Gray Man, Lone Wolf was contracted to kill Sierra Six and retrieve a drive that would expose the wrongdoings of active CIA heads, and how they put an end to the Sierra programme. However Lloyd Hansen (Chris Evans) who contracts Dhanush ends up disappointing him, despite him being the only one with an upper hand over Six and his CIA-aide Miranda (Ana De Armas). So Avik San forgoes the drive and spares Miranda.

when they say they haven't watched The Gray Man yet pic.twitter.com/pOcdsP3ee2

Now with Lloyd dead and Miranda back at the CIA, seems like on-the-run Gentry (Six's real name) is back to stealthy days. He seems to be after a man whom Dhanush wants dead too. But the Lone Wolf seems to be in no mood to forego Gentry this time, if he is found with their common interest.