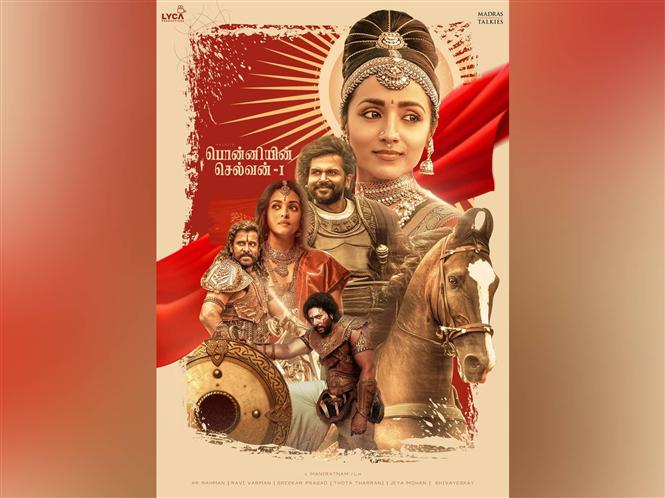 Mani Ratnam directed magnum opus Ponniyin Selvan: Part 1 (PS-I) is all set to release in theaters on September 30, 2022 and so far the movie has had a teaser and a single release titled Ponni Nadi, composed by AR Rahman. Latest update is that the PS-I is gearing up for a grand audio and trailer launch on September 6, 2022 and that the event will take place at Nehru Indoor Stadium at Chennai, Tamil Nadu.

Jawaharlal Nehru indoor Stadium recently played host to the opening and closing ceremony of 44th Chess Olympiad, which was hosted in India for the first time and had the likes of Indian Prime Minister Narendra Modi and Tamil Nadu Chief Minister MK Stalin presiding. It has a seating capacity of 8000.

PS-I is the first part of the two-part period drama, which based on Kalki Krishnamurthy's Tamil novel of the same name. The movie is produced by Madras Talkies, Lyca Productions and stars Vikram, Aishwarya Rai Bachchan, Trisha, Jayam Ravi and Karthi among others.

Tips Music India holds the audio rights and the film is scheduled to release in Tamil, Telugu, Hindi, Malayalam and Kannada languages.