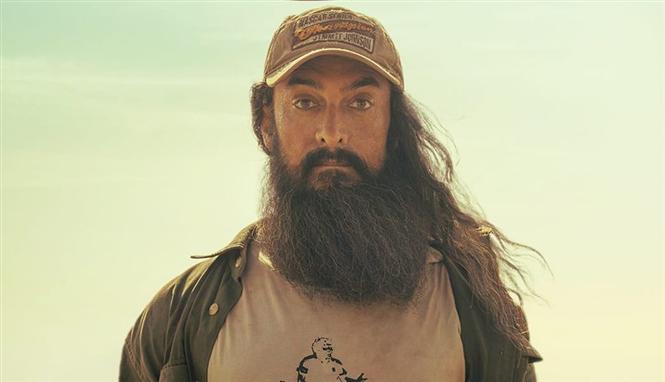 Laal Singh Chaddha is an Indian adaptation of the classic Hollywood flick Forrest Gump. The film stars Aamir Khan and Kareena Kapoor in the lead roles. Directed by Advait Chandan, whose previous and debut film is Secret Superstar.

The film is about the life of Laal Singh Chaddha, an innocent man with a low IQ. Despite all odds, how he turns his life beautiful is the portrayal.

The adaptation is very well done matching our sensibilities, by smartly incorporating certain historical events in the script that would relate to the audience. It feels like an alternate version of Vaaranam Aayiram, how the characters around the hero create an impact in his life. Unfortunately, the situations are not strong enough for us to attach ourselves completely with the flow, it does connect emotionally in a bunch of places, but that wholesome satisfaction is missing. The initial titular character’s childhood sequences are lovely, showcased in a way that we could easily root for him. Even the college portions were neat with the athletics angle being very enjoyable and the riots being very serious, that leads to the Indian army. But the issue starts from there, the screenplay fails to engage from that point and things start to fumble. There are some touching characters that have an apt closure, but the impact is just not there. The second half is boring in most parts with just a random pile of scenes put together, there is no coherency. Towards the end Aamir Khan takes an all India tour, okay no issues, but a valid reasoning is not existence, also achieving it by running is atrocity-max. The approach is realistic, but the output is very cinematic in many places. It could have easily been a much crisper film, the last 20 minutes or so was totally needless, felt the movie continued to go on and on even after the story got to its ideal end.

Aamir Khan has lived in his character, he was demanded to act in a particular way and he has done that to perfection. He has carried an innocent body language and facial expressions throughout the film beautifully. Kareena Kapoor is a great fit for the ‘Wannabe a Model’ role, but her character was not strong enough despite the potential depth it had. Shah Rukh Khan in a cameo was a killer, the minute-long moment was good fun. Chaitanya Akkineni in a supporting role is a little too unnecessarily eccentric, his character failed to hit as hard as they intended it to be. Same way, the idea of a couple of characters like the Pakistani terrorist and Laal’s mom were decent, but they just pass on an empty feel.

Pritam’s music is such a strong pillar of support for the film. All the songs were good and added some soul that was missing in the narrative, his background score was also valuable. Cinematography enriches the experience for sure, the framing sense, the vast variety of locations, etc made the visuals worthy. Cuts from one scene to the other are seamless, but plenty of portions needed to be scissored for a better engagement, the movie is overly long and it becomes a tiring watch during the latter. The de-aging technology is used, I suppose to show certain artists as teenagers, very well done and no big complaints in the output.

Had the potential to deliver an motivating portrayal of a low IQ man’s life, but all we get is a bummer with uninspiring sequences and situations that emotionally failed to strike. 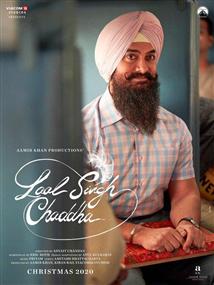