Vignesh Shivan's reaction to Expectation Vs Reality is precious 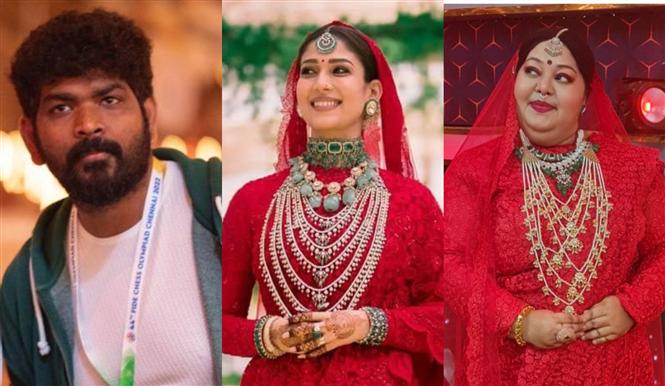 Filmmaker Vignesh Shivan got married to actress Nayanthara on June 9, 2022 and one of Nayanthara's solo images from the wedding was recreated by comedy actress Harathi recently. Harathi put up side by side images and captioned it 'Expectation Vs Reality' in an act of self-depreciating humour.

However commentators under the post which included actress Priya Anand were quick to shut-down Harathi's self-trolling and showed the plus-size actress much love. Now, Vignesh Shivan has joined this bandwagon and has called Harathi 'more beautiful' on Twitter.

Nayanthara and Vignesh Shivan's wedding has been made into a documentary film titled Nayanthara: Beyond The Fairytale and it is set to stream on the Netflix OTT platform soon.