Ponniyin Selvan joins the list of Imax firsts in India

Imax is a motion picture film format and projection standard and they are hardly used in mainstream movies because IMAX cameras are heavy to operate and their film stocks are expensive. However there have been a handful of instances in India where movies are either filmed or converted in this format. Mani Ratnam's Ponniyin Selvan: Part One (PS-I) has now joined this list and has become the first Tamil movie to get an IMAX release in theaters.  The film is scheduled to release on September 30, 2022.

A period drama based on Kalki Krishnamurthy's fictional novel on real-life Chola emperors, Ponniyin Selvan has been made in two-parts. PS-I will see Vikram, Aishwarya Rai Bachchan, Trisha, Jayam Ravi and Karthi in the lead. The movie is produced by Madras Talkies, Lyca Productions and its technical crew includes AR Rahman for music, Ravi Varman for cinematography and Sreekar Prasad for edits. 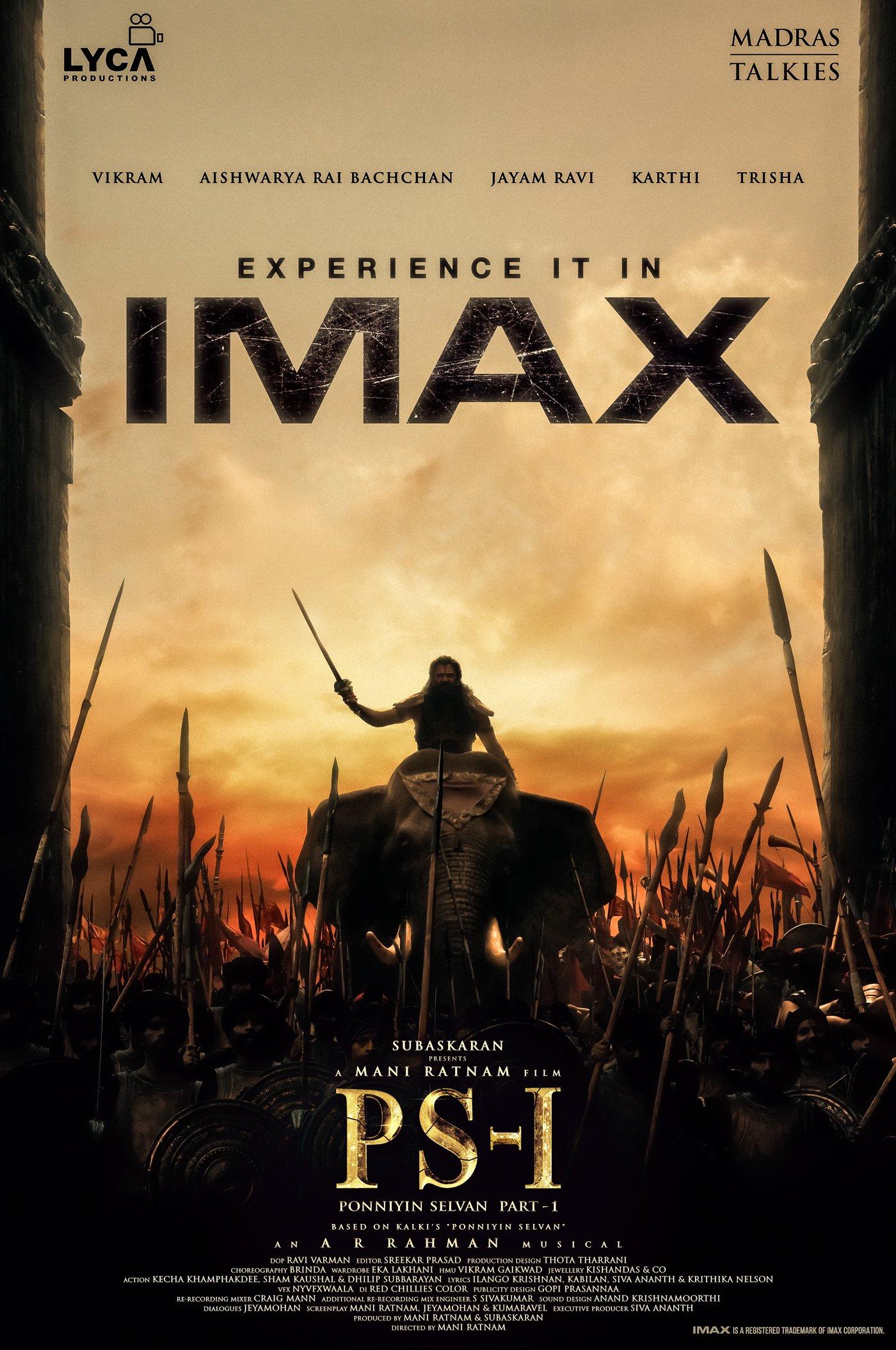