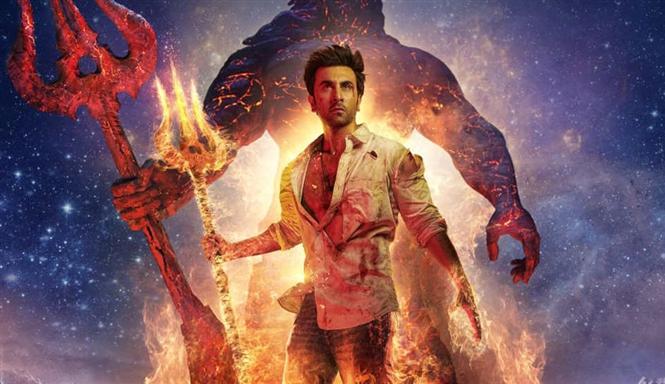 Brahmastra starring Ranbir Kapoor, Alia Bhatt, Amitabh Bachchan, Nagarjuna Akkineni, Mouni Roy and Shah Rukh Khan (in a cameo) released in theaters on September 9, 2022 to hugely mixed reviews. However the movie seems to have smashed at the box-office, according to the weekend numbers in India, USA and UK.

In the first 3 days of its release, Brahmastra has managed to gross a whopping Rs. 190+ Cr. in these three markets combined. In India alone, Brahmastra's opening weekend box-office gross is estimated to be at Rs, 35 Cr.+ (from 5019 screens), making it the 4th best opening for a Bollywood movie.

Star Studios’ #BrahmastraPartOneShiva opened at #2 domestically in 810 locations for the weekend with an estimated $4.4M for a PTA of $5,432. This represents the 4th best Bollywood opening in industry history domestically! @Comscore @CsMoviesIndia @csMoviesUS #comscoremovies pic.twitter.com/RjFhltaX6F

The stocks for PVR-Inox which were earlier alluded to have dropped due to Brahmastra reviews, were up by 4% on Monday. Brahmastra: Part One Shiva is first of Ayan Mukerji's three part-movie and is produced by Star Studios, Karan Johar's Dharma Productions, Prime Focus and Starlight Pictures.