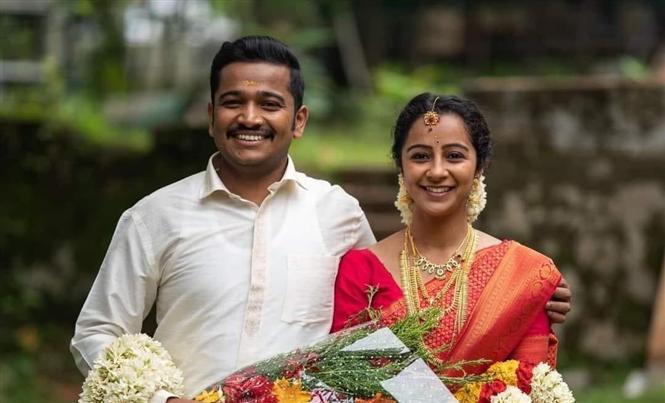 I had read somewhere that Jaya Jaya Jaya Jaya Hey was what you would get if The Great Indian Kitchen was made as a comedy. For quite some time into the film, part of what I had read was true. On the lines of The Great Indian Kitchen, Jaya Jaya Jaya Jaya Hey too is about how the patriarchal society relegates women to beings whose sole purpose is to serve men. Jayabharathi’s (Dharshana) life is dictated by people around her. It is not just about her education or marriage. She isn’t allowed to have a choice or even an opinion on the smallest of things pertaining to her, right from her childhood. The film absorbs you into it straight away and the plight of Jaya haunts you. There is no physical violence. In fact, she is always protected by her parents. But this protection turns out to be a form of emotional violence where she never gets to live her life but has to merely follow what she is told to. Just when we think that things cannot get worst for her, marriage happens (again without an option to say no) and now she gets to face something that she was never subjected to, physical violence. The film is terrific so far and the actors are brilliant. But the film was supposed to be a comedy, right? Or did I read something wrong? Let me not spoil it for you. But something unexpected happens and what we get for the next few minutes is some riotous fun. It is as if a bolt of laughter hit you from nowhere. This stretch leading to the interval is the most fun I had in a cinema hall in recent memory.

After this point, the film operates predominantly like a comedy. The apparent masculinity that Rajesh (Basil Joseph) was wearing like a badge of honour all along, now becomes a source of mockery. It is now evident that all that was a façade to mask his dependency on the women in his life. The film almost seems like a fantasy comedy at several instances. This seems a very deliberate choice. The realistic tone of the violence hurled upon women in a domestic setup and the almost fantastical or quirky treatment when the roles are reversed probably wasn’t just a cinematic choice to make you sit up. This also doubles up as a social commentary on how the same violence is viewed differently with the reversal of gender.

The film showcases effectively how the problem isn’t entirely with individuals. No single man is shown as evil with an agenda. They are shown as products of a society that instill the thought that women are there to serve. In fact, Jaya’s college professor (Aju Varghese) who appears (or acts) to be progressive is the only character that is actually hypocritical. The others actually believe that they are doing the right thing. Take Jaya’s parents for instance or even her brother. They love her and they assume that they are doing the right things for her. They don’t want to put her down. They are just following the norm. A norm that is unjust and cruel but something that nobody seems to realize. When Jaya is a baby, her father remarks that he will bring her up like Indira Gandhi. A relative immediately remarks that it is fine, but she shouldn’t cut her hair short like Indira Gandhi as it will reduce her chances of finding a prospective groom. It is not that they want to tie her down. They think that tying her down is for her own good. On the other hand, is Rajesh’s mother, someone who herself is a victim of patriarchal household. She knows that her son is wrong but at the same time is convinced that he is treating his wife better than how his father used to treat her.

Dharshana is terrific while Basil Joseph is a hoot. The supporting cast is superb as well. The climax feels a little rushed and the deliberately done over the top stunt sequence feels a little odd. Of course, it is meant to be spoofy and nothing much to complain though. 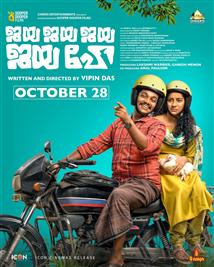