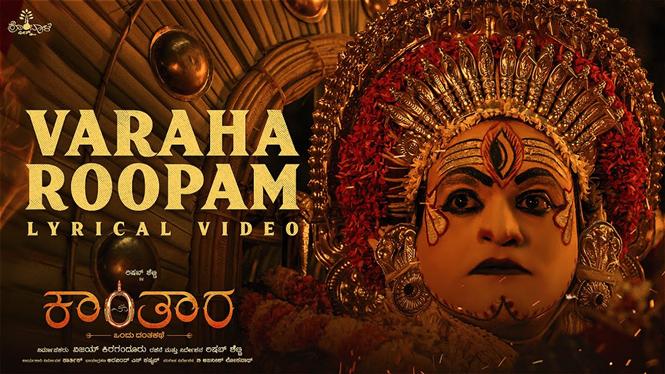 Kannada blockbuster Kantara starring and directed by Rishab Shetty made its digital premiere on Amazon Prime Video at midnight, and fans of the movie were curious to see if the song Varaharoopam which acted as the heart of the movie and was engulfed in a plagiarism row, made it to the OTT version of the film. Varaharoopam did make it but it was a different version of the song than what one witnessed in theaters. It also was missing the strong similarities it shared with Thaikkudam Bridge's song Navarasam, which sparked off the legal troubles for Kantara makers.

Kantara producer Hombale Films was fighting it out in court till the last minute but on Wednesday i.e. before the film's OTT premiere, a Kerala High Court (HC) dismissed their petition for unrestricted use of the song's original version. A Palakkad district court had previously passed an interim junction and a Kozhikkode District Court had restrained the use of song. The latter even lead to the removal of Varaharoopam's lyric video from YouTube. The High Court added that the Kantara producers cannot invoke a remedy before the HC, when other remedies are available against the interim orders.

"It is not for this Court to examine each and every contention raised in the original petition, that too at the ad-interim stage, and rule upon their worthiness and correctness. If this Court carries out such an exercise, it will foreclose the statutory rights of the parties and will undoubtedly cause grave prejudice to them" - Kerala High Court on November 23, 2022

Thaikkudam Bridge expressed delight over the court's decision and replacement of the original Varaharoopam song that strongly mimicked their Navarasam song. However fans were spotted expressing disappointment over Amazon Prime Video's version of Varaharoopam, which was missing its classical/divine touch. Kantara has music by B. Ajaneesh Loknath.

"Amazon Prime has removed the plagiarised version of our song 'NAVARASAM' from the movie KANTARA . Justice Prevails! Thanks to our Attorney: Satish Murthi & our mentor Mathrubhumi @mathrubhuminewstv for their unstinted support

Thanks to our Musician fraternity, fans and Media who extended their whole hearted support to fight for the rights." - Thaikkudambridge on Instagram

#Kantara without its soul #Varaharoopam..!!

#Kantara film had a soul that dragged audience to theatres and took them into divinity trance. And that is #VarahaRoopam Original Version & the theatre experience with @shetty_rishab expressions was Dope.💥

Sadly, in #KantaraOnPrime we have to deal with new version. Disappointed pic.twitter.com/S6fOSjO3gI

youve collected 400 cr with a 16 cr budget and still couldn't settle the scores with thaikudam bridge. you guys have single handedly ruined kantara with that stupid version of #varaharoopam