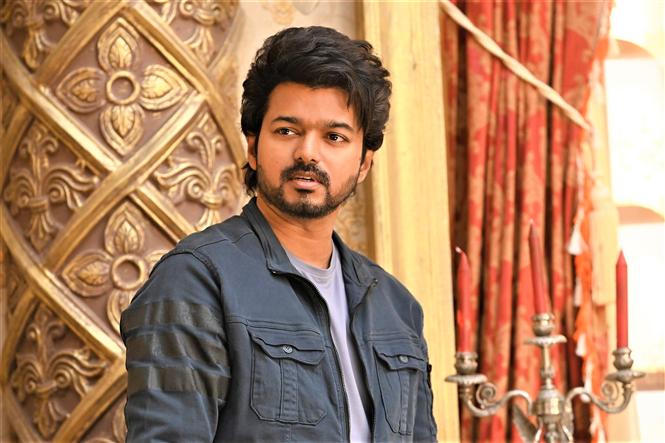 Actor Vijay's tryst with the Animal Welfare Board of India (AWBI) seems to be never ending at this rate, for one more film of his has landed in trouble with the board. The makers of Vijay's upcoming film Varisu/Vaarasudu received a notice from AWBI on November 23, 2022 over usage of elephants without proper permission.

AWBI has demanded a written explanation from Sri Venkateswara Creations for shooting with said elephants and have given them a timeline of 7 days to submit their side to the violation of rules. Failure to receive a written reply from Dil Raju's production house will end up in further action, the board said.

Contents of the AWBI Notice

Subject: Complaint received regarding using of performing animals (Elephants) without the preshoot permission of the Animal Welfare Board of India in Tamil Film "Varisu"- regarding.

With reference to the above cited subject, it is stated that the Board has received a complaint regarding illegal shooting of animals by M/s Venkateswara Creations using Elephants 5 without the pre-shoot permission from the Animal Welfare Board of India in Tamil Film "Varisu" which is the violation of Performing Animals (Registration) Rules, 2001 (as amended in 2002) The Board has not received the Pre-shoot application from you for Tamil Film "Varisu" till date.

2. In this regard, it is stated that as per the Rule 3(1) of the Performing Animals (Registration) Rules, 2001, every person has to register with the Board if the animals are being exhibited or trained. It is also informed that exhibiting the animals without permission of the Board is an offense under Section 26 of the Prevention of Cruelty to Animals Act, 1960.

(1) Every owner desirous of hiringout or lending a performing animal in the making of a give prior information in the format as specified film shall by the prescribed authority for this purpose to specifying the kind of animal, age of animal, physical health of the animal, the nature of performance to be done by the animal, the duration for which the animal shall be used for such performance, the duration and method of training of the animal for such performance and justification for the use of such animals in the film and such other information as may be required by that authority.

(2) Every such application shall be accompanied by a fitness certificate issued by a veterinary doctor certifying the health and fitness of the animal along with a ownership certificate in case of animals covered under the wildlife (Protection) Act, 1972 (53 of 1972).

4. Therefore, in view of the above, you to hereby directed to submit a full and comprehensive explanation on all the above violations made by you within 7 days of the receipt of the letter, failing which AWBI shall take any or all such action as it may deem to consider proper and necessary for the welfare of the animals.

Kindly treat this as most urgent.