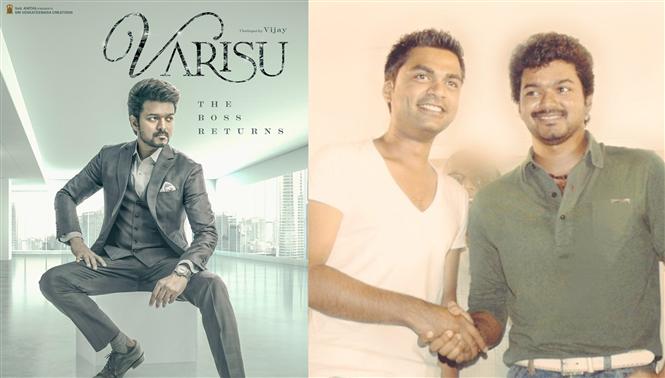 Actor Silambarasan TR seems to have recorded a song for the Vijay starrer Varisu aka Vaarasudu [Telugu], which is scheduled to release for Pongal in January, 2o23. Silambarasan is said to have finished recording for the S Thaman composition 2 days ago, and the song, an upbeat number is expected to release in the second week of December, 2022. Vijay is said to have filmed this number at Bellari with Jani choreographing.

Previously we had reported that composer Anirudh has also sung a number for Varisu. It remains to be seen which of these songs will make it as the second single from the movie. The audio launch of Varisu is expected to take place at Chennai around Christmas on December 23, 2022. An official announcement on the same is however awaited.

Produced by Dil Raju's Sri Venkateswara Creations, Varisu is directed by Vamshi Paidipally and has Rashmika Mandanna playing female lead. The film's first single Ranjithame released on November 5, 2022 and turned out to be a chartbuster.