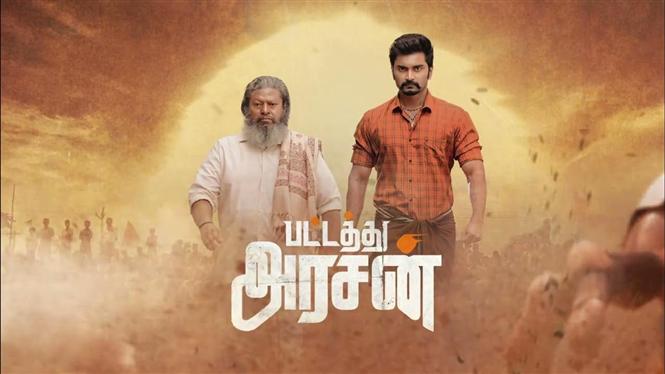 Pattathu Arasan is a rural drama starring Atharvaa and Rajkiran in the lead roles. The movie is directed by Sarkunam and the music is composed by Ghibran.

A broken family is in a worrying condition as the entire village turns against them after an issue. They are put into a challenging situation to prove they are not wrong and for that the family forms as a Kabaddi team.

It’s a proper template rural family drama on the lines of Kadaikutti Singam, Namma Veettu Pillai, etc. The main thing for the genre is the drama of the characters, how serious the conflicts are and how impactful the emotions are. Here the stuff is decent on the basic level in paper, when they are dug deeply and brought to screen, the film appears to be a joke at many places. It is not a lazy film, there is a fair level of emotional logic to what is happening, but the execution is extremely old-school. Plenty of plot points are kiddish, despite a few relatable conflicts, the main reason for the emotion to have backfired is its weak core. The film is only enjoyable if we decide to throw things back by mocking it. The entire second half is so funny as each and every scene lies in the peak of cringe-fest. The dialogues are truly terrible and the serious situations land as laughter moments. The climax Kabaddi scenes are delivered so carelessly as the sequence has many continuity issues.

Atharvaa is an absolute misfit to the film, he struggles to utter the rural slang dialogues and he doesn’t bring that connect or believably emote for us to feel for his character. Anyone who had grown up watching Rajkiran on screen would feel bad for him here, he looks so uncomfortable as he has been made to do many things that are beyond his age strengths. The other artists are just puppets as they add no value to the flick, there is drama and it is potential but no one seems to be interested to contribute and elevate, including the director.

The music lacks finesse, but Ghibran has tried his level best to pull a mountain out of nothing. Despite not having much scope, he has given a couple of decent songs and background score that is powerful to an extent. Ugly cinematography with many annoying frames, it is the cameraman’s work to show the artists in their finest of angles on screen and it’s totally absurd here. Monotonous editing with the back and forth narration, how the Kabaddi scenes are lined up in a senseless manner etc.

An insane yet interesting conflict presented with a screenplay that should have been done decades ago and an emotional drama that doesn’t have any tension or rooting factors. 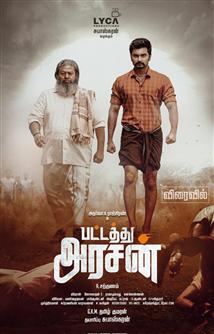