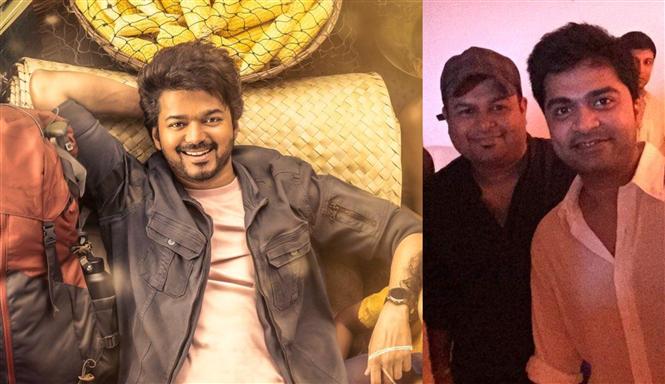 We had previously reported that actor Silambarasan TR has sung a song in actor Vijay's upcoming movie Varisu, which has music by composer S Thaman. We had also reported that Vijay was filming the song at Bellari under master Jani's choreography.

Latest we hear, this upbeat number which is a song on the hero's character, will release as the second single on December 4, 2022 i.e. next Sunday. It is also being said that Thaman and Silambarasan will make an appearance in a promo for the song and this video will be unveiled on December 1, 2022 [Thursday].

Varisu, titled Vaarasudu in Telugu is written and directed by Vamshi Paidipally and produced by Dil Raju's Sri Venkateswara Creations. T series holds the audio rights to the movie, whose first single Ranjithame proved to be a chartbuster.

While there has been no promo video release, it has now been officially confirmed that Varisu second single is indeed releasing on December 4, 2022 [Sunday] at 4 PM. The song has been penned by lyricist Vivek.