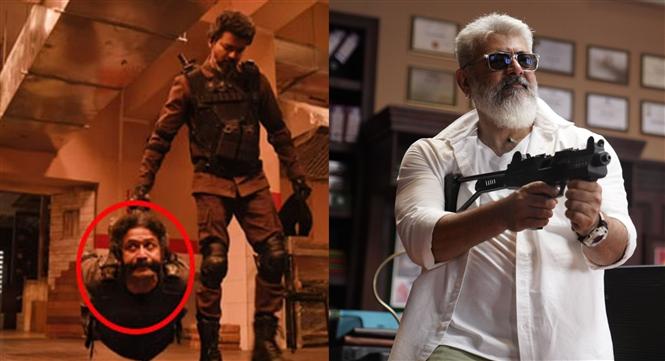 One of the most passionate fan-wars witnessed on Tamil social media is between the groups who like actors Ajith and Vijay. In early 2010s, when Twitter was just about finding its foot in India, these two fan groups nicknamed each other after a particular reptile and rodent, thus making the mention of those said animals canon to 'an attack'. 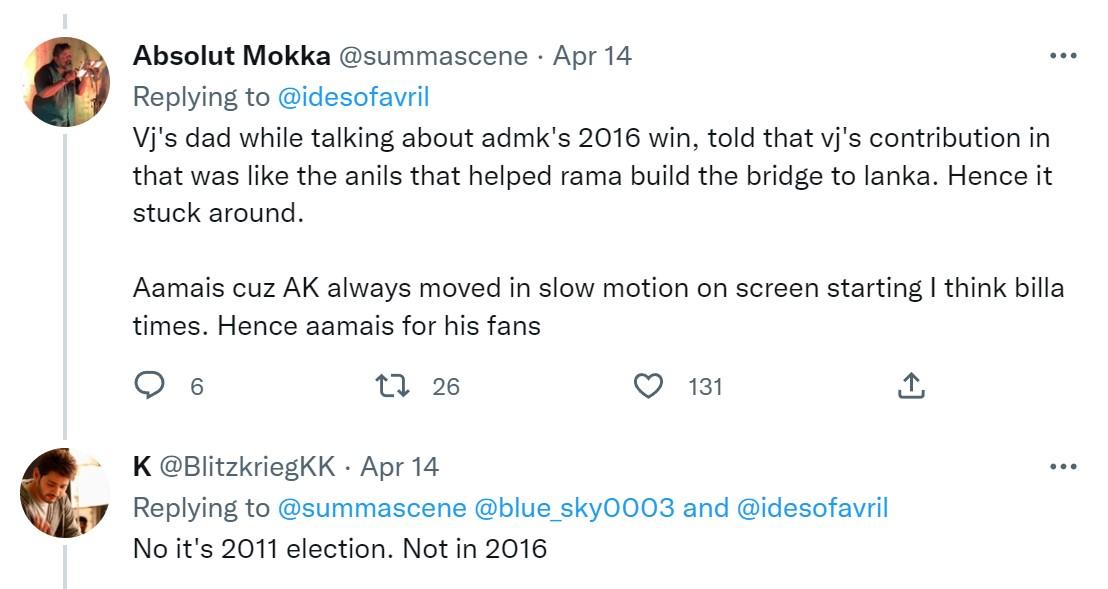 For years neither Ajith nor Vijay (or the filmmakers they worked with) acknowledged this juvenility. This year i.e. in 2022 a Vijay starrer movie titled Beast written and directed by Nelson Dilipkumar, came with a scene where the hero ties up and carries the bad guy like a duffel bag. This created a furore because the movie described Vijay to be carrying an 'aamai', aka a tortoise, aka the reptile Ajith and his fans are disparaged with. 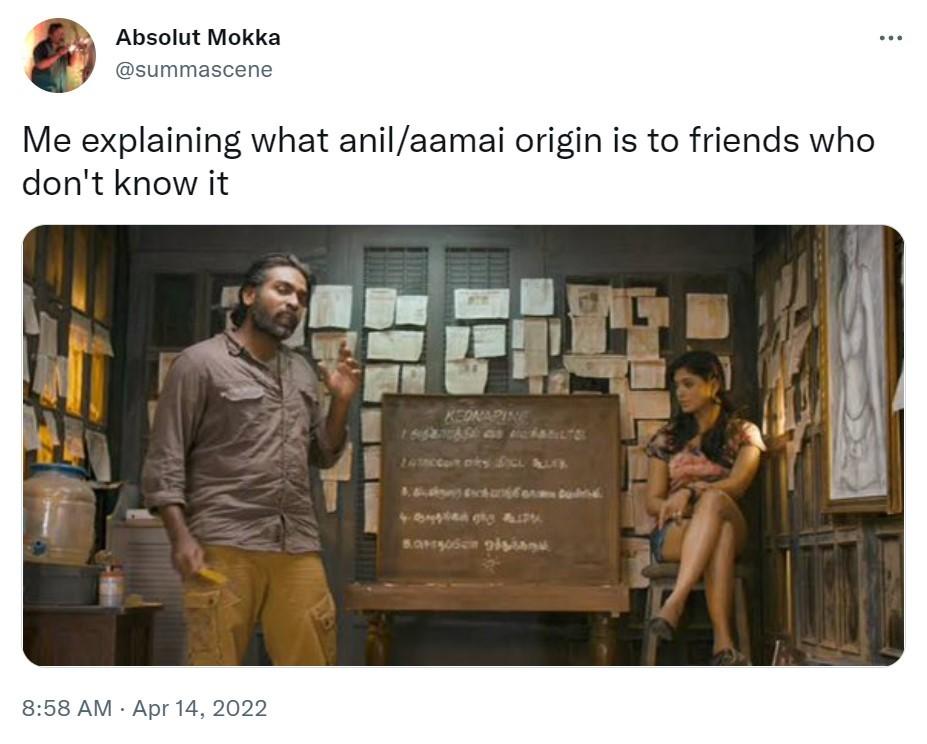 For all we know, this mention may not be a dig at all, given director Nelson's penchant for tortoises in his movie's dialogues. The director's debut film Kolamaavu Kokila (2018) also contained an 'aamai' reference for comedic-effect, albeit in a positive tone. Nevertheless Beast's 'aamai' was milked to no extent post the movie's release. 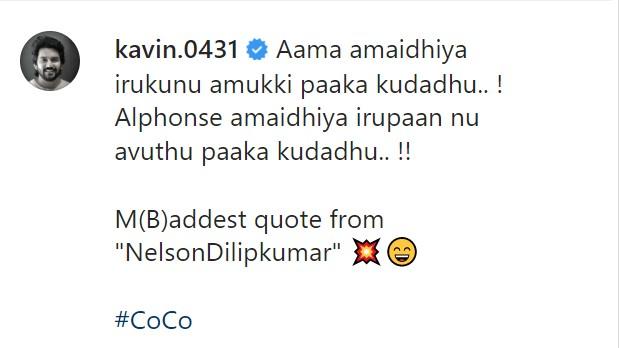 As Ajith and Vijay gear up for a direct box-office clash coming Pongal in January, 2023, this fan-war discourse has once again been triggered, thanks to a statement by Thunivu director H. Vinoth. In a print interview with a Tamil magazine, Vinoth said that Ajith hates scenes that are a personal attack on people, and prefers to speak politics on a political ground rather than through films. He also said that Ajith doesn't like to generalize an entire group like the police over individual mistakes, or make targeted digs on politicians.

Vijay has never shied away from talking politics in his films, and currently the fan-discourse is how H. Vinoth's statements are pointing towards the actor.