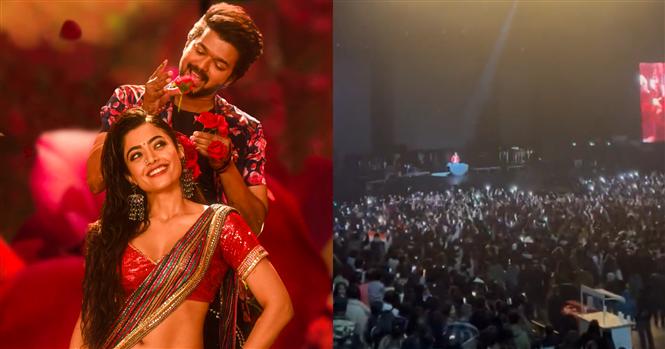 Varisu is actor Vijay's upcoming movie that also stars Rashmika Mandanna in the lead and the actress has now responded to the film's first single Ranjithame, making the crowd go wild in France. In what seems like a listening party, a huge number of people are seen enjoying the drop of the S. Thaman composed song, and the viral video elicited a response from Rashmika herself, who has matched steps with Vijay in the number.

Ranjithame sung by Vijay released on November 5, 2022 and its lyric video has so far gained a whopping 86.8 million views. T series holds the audio rights to Varisu, which is directed by Vamshi Paidipally, produced by Dil Raju's Sri Venkateswara Creations and is scheduled to release in January, 2023  for the Pongal/Sankranti holiday.