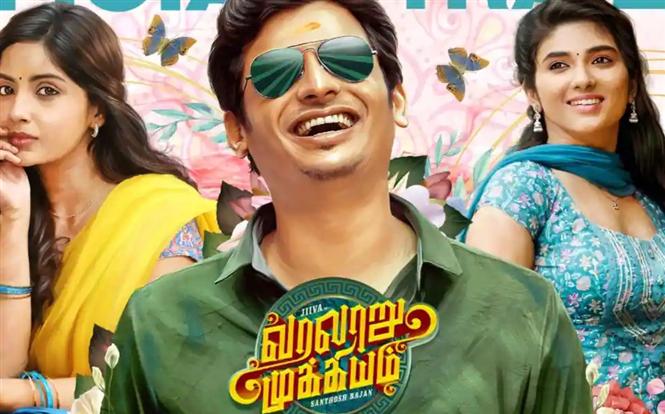 Varalaaru Mukkiyam – A sleazy comedy that is sleazy but hardly funny!

Not that many titles are relevant these days, but if there is ever a competition for the most irrelevant title in Tamil cinema, Varalaaru Mukkiyam would definitely be one of the top contenders. The movie starts in the year 2050 and to be honest, this was a bit of a surprise and with such a title, I actually thought that maybe there is a novel idea behind the premise and some relevance to the title. But little did I realize, let alone any relevance to the title, there isn’t going to be relevance of any sort in the following 150 minutes. And this isn’t an issue, given the kind of film this is. But other issues, there are aplenty.  But let me not try to make a lot of sense in this review by going into a lot of details of a film, where the makers themselves seem to have not put in a lot of effort for the same.

Varalaaru Mukkiyam is essentially a comedy. An adult comedy would be more precise. But since the film is rated U/A, let us call it a partial adult comedy. This is a film where the hero (Karthik) falls for a girl (Jamuna), because she literally squeezes her way out in a cramped space by literally ……. not sure how to phrase it, since this review also has to be in the U/A zone. You can go and refer to the game ‘Jalabulajangs’ from Gentleman. That is what happens here. But his feeling lasts only for few minutes. Because he gets to see the girl’s sister (Yamuna) very soon. Now he is confused. He needs to make a choice between Jamuna and Yamuna. He selects Yamuna. Don’t ask me why. I don’t know. But it is clear he is physically attracted. All this is fine. Because the film is honest with its intentions as well as the intentions of the hero. The comedy is centered entirely around sex. Varalaaru Mukkiyam can be called a sex comedy. Again, since it is U/A, let us call it a partial sex comedy. It is the kind of film where everything is explicit but without being explicitly explicit. But the problem is that the jokes aren’t funny. There isn’t any sense of coherence as well. In between the unfunny jokes we have random songs and random fights. One of the fights involves the hero bashing up a group of guys for harassing his sister. This sequence comes right after the hero is seen harassing the heroine. Again, full marks for the honesty of the film. It makes it clear that the yardstick is different for the hero. But why not give the same yardstick for the heroine as well. You know what makes the heroine fall for the hero. He tells her that she is threatening him with weapons. She is confused. He then explains her what he meant by weapons. He starts from the North. Her eyes, her nose, her lips and then he stops his verbal explanation, but his eyes keep moving south. See, this is what I meant when I said that the film is explicit without being explicitly explicit. A major conflict in the film involves the heroine getting angry with the hero for having ‘wrong’ intentions. Let me explain. The heroine calls the hero because her parents are away. The hero gets excited, grabs a condom and goes to meet her. When she gets to know about his ‘wrong’ intentions, she gets angry. She feels disgusted that while she wanted to spend some time with him, he was more interested in scanning her body with his lecherous eyes. The film was honest all this while. But now I was confused. She literally fell in love with him because of his love for her weapons. What happened now? But then reality hits. Even in a sex comedy in Tamil, the heroine cannot have ‘wrong’ intentions. It is reserved for the hero. When VTV Ganesh who plays the hero’s friend/guide/sex mentor gets to know this, he gives the heroine a ‘credible character certificate’. He tells the hero not to let go off this girl. It is tough to find such a ‘pure’ person.

The problematic takes and scenes aside, the movie never gets even one entertaining stretch. A chuckle here and there is what it offers at best. The jokes are juvenile. More than disappointing, it is baffling to see Jiiva in such a film. I am not talking about the genre of the film. That is absolutely fine. It is the standard of the film that is disappointing. Surprisingly, the actor isn’t going through the motions. He actually seems to have enjoyed playing the role. Maybe he thought this was something on the lines of Siva Manasula Shakthi. He does have a flair for comedy. Hope we can see this flair put to use in better films.

At one point, VTV Ganesh sees the hero trying to get intimate with the heroine and comments, ‘Enna ezhavu love da idhu’. It is good to know that the movie is self-aware. Wish it was also aware of how unfunny it is! 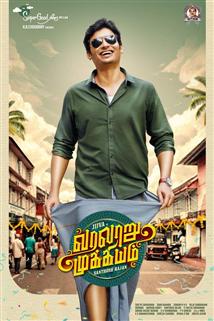