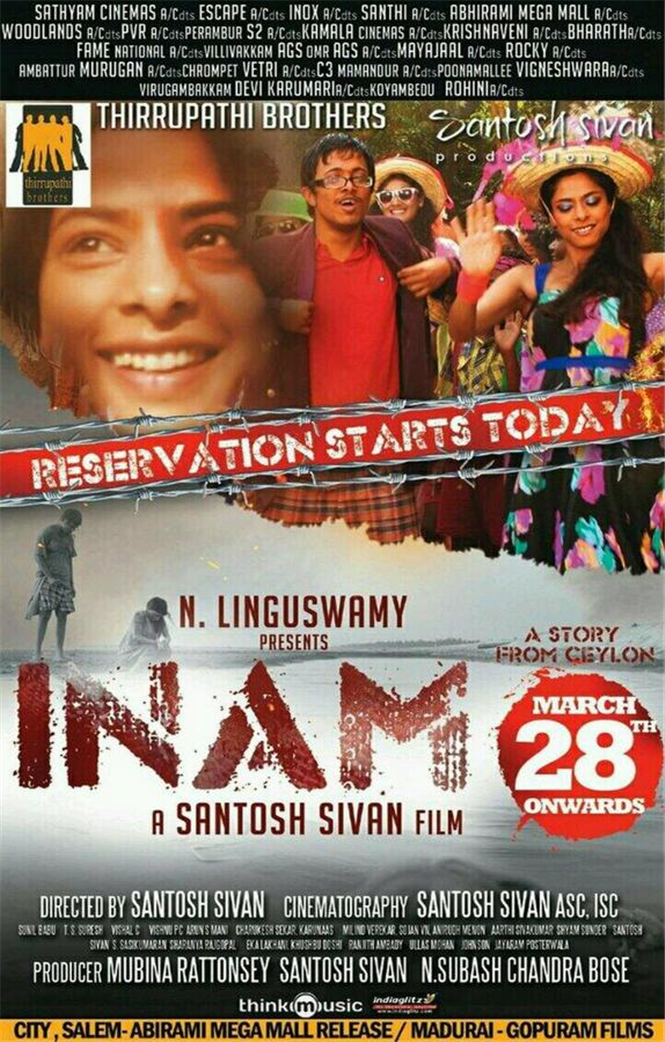 Inam directed by ace cinematographer Santosh Sivan  will hit the screens on March 28. The advance booking for the film starts today. The film has been censored with an 'U' certificate.

The story revolves around a group of teenagers in an orphanage set during the civil war in Sri Lanka. It features Saritha, Karunas, Karan and Sugandha in lead roles. The teaser of Inam, which was released recently has received phenomenal response from the audience. The film produced by Mubina Rattonsey and Santosh Sivan will be released by Lingusamy's 'Thirrupathi Brothers'.