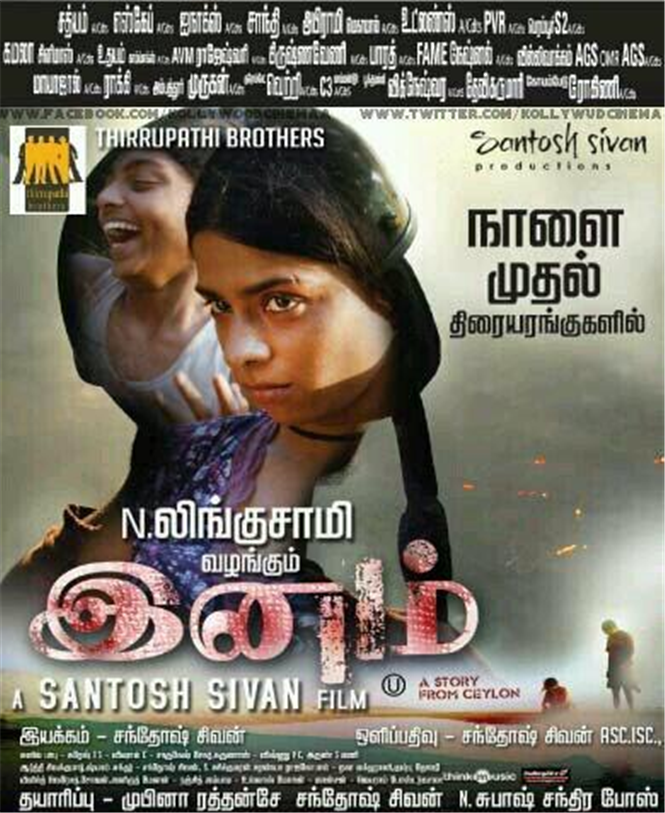 Inam directed by Santhosh Sivan is set to hit the screens tomorrow. The film has been getting raving reviews from the premiere held both in Chennai and Mumbai.

The story revolves around a group of teenagers in an orphanage set during the civil war in Sri Lanka. The film produced by Mubina Rattonsey and Santosh Sivan will be released by Lingusamy's 'Thirrupathi Brothers'.