Who will direct KO Hindi?

It is almost confirmed that Prakash Jha of Rajaneeti fame will be directing the tamil blockbuster movie, KO. Last week, there were a number of rumors that KO Hindi will be directed by KV Anand. This report is now proved to be false as the producers who have bought the rights in Hindi are now talking to Prakash Jha due to lack of availability of KV Anand's dates until late next year.

Historically, Socio-political movies have often failed in Hindi. Recently, Prakash Jha has broken this jinx by making Rajaneeti a super hit. With Tamil remakes being a trend in Hindi, it was an automatic choice for Hindi producers to land on Prakash Jha. It is reported that Prakash Jha is showing strong interest in remaking this project and had already contacted Anand to get some tips and pointers.

Ko set a record by crossing 175 days in theatres. KO made at less than 15 Crores budget made overall gross collections in the same league as Mankatha, 7aum Arivu and Velayutham this year. 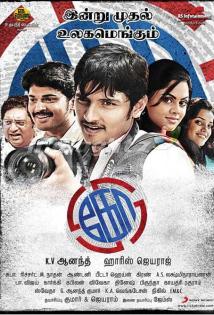