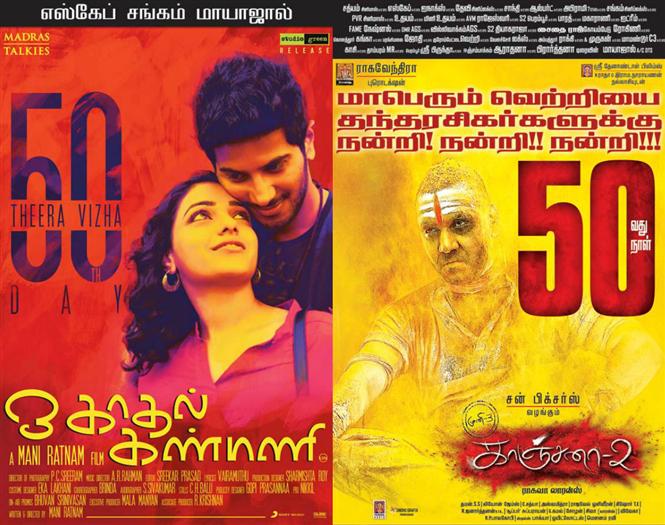 Ok Kanmani and Kanchana 2 which hit the screens on April 17 have successfully completed 50 days theatrical run today. Both the movies got good reception from audience and critics at the time of release.

OK Kanmani starring Dulquer Salman and Nithya Menon in the lead roles is directed by Mani Ratnam.Music is by AR Rahman. The movie is produced by Madras Talkies.

'Kanchana 2', the third installment of the Muni series has turned out to be a blockbuster. Kanchana 2 stars Raghava Lawrence, Taapsee Pannu, Kovai Sarala and Nithya Menon in the lead roles. The movie is distributed by Sun Pictures and Sri Thenandal Films. 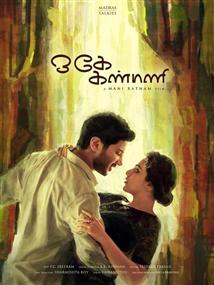