ABCD 2 is the second film this year to join the 100 crore club. ABCD2 Varun Dhawan, Shraddha Kapoor and Prabhudheva in the lead roles is directed by Remo D'Souza. ABCD2 is a sequel to 3D dance film "ABCD: Anybody Can Dance". The film hit the screens on 22nd June 2015.

It has been doing extremely good business at the Box Office ever since its release. It has received good reviews from both audience and critics alike. The strong positive word of mouth has helped boost the film's collections to a great extent.

The film has crossed the 100 crore mark at the Domestic Box Office on its 17th day. Even director Remo D'Souza entered the century club with "ABCD 2". However, "ABCD 2" is Shraddha Kapoor's second film after "Ek Villain" that has hit the century mark in India. 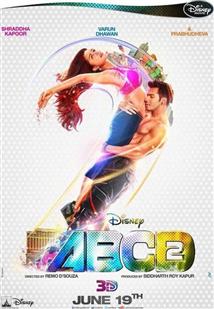