Preview of VSOP and Vaalu

Preview of VSOP and Vaalu

It will be a battle between two Vs -- Vasuvum Saravananum Onna Padichavanga (VSOP) and Vaalu, as they will hit the screens together on August 14. Check out what to expect from these films.

Boss Engira Bhaskaran (BEB) was one of the memorable hits in the careers of director Rajesh, Arya and Santhanam. The trio is now back with VSOP, which is expected to be yet another laugh riot. Under Imman's music, 'Lucka Maattikkichi' track has impressed the masses. It is to be seen if the movie repeats the magic of BEB.

After undergoing a lot of hardships and last minute postponements, Vaalu will finally release this weekend, after being in the making for more than 3 years. The movie stars Simbu and Hansika in the lead roles, with Santhanam and VTV Ganesh taking care of comedy quotient. Vijay Chander makes his directorial debut with this film, while Thaman has scored the music. As Simbu's fans are desperate to make this film a huge hit, the movie is expected to take a solid opening. We will be back with the FDFS reviews of both the movies. 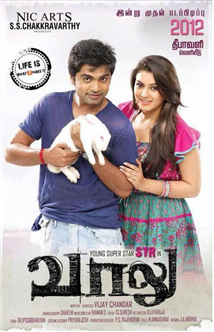