The 40th Toronto International Film Festival (TIFF) showcased the world premiere of Meghna Gulzar's Talvar, with all shows of the movie playing to packed houses. The curiosity around this investigative thriller, which is based on the 2008 Aarushi Talwar murder case, was so high that within a short span of time, tickets for all shows were sold out.

The film, that releases worldwide on October 2, has been garnering positive reviews from respected media across the globe. People unanimously agreed that they enjoyed the gritty drama because of its strong screenplay and powerful performances.

The premiere was held at the Ryerson Theatre, one of the biggest venues at the festival and was attended by filmmaker Vishal Bhardwaj, director Meghna Gulzar and the film's lead actor Irrfan who represented the team at the international venue. 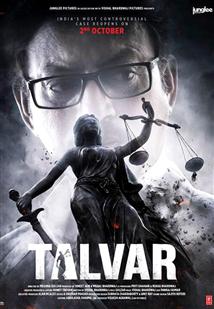