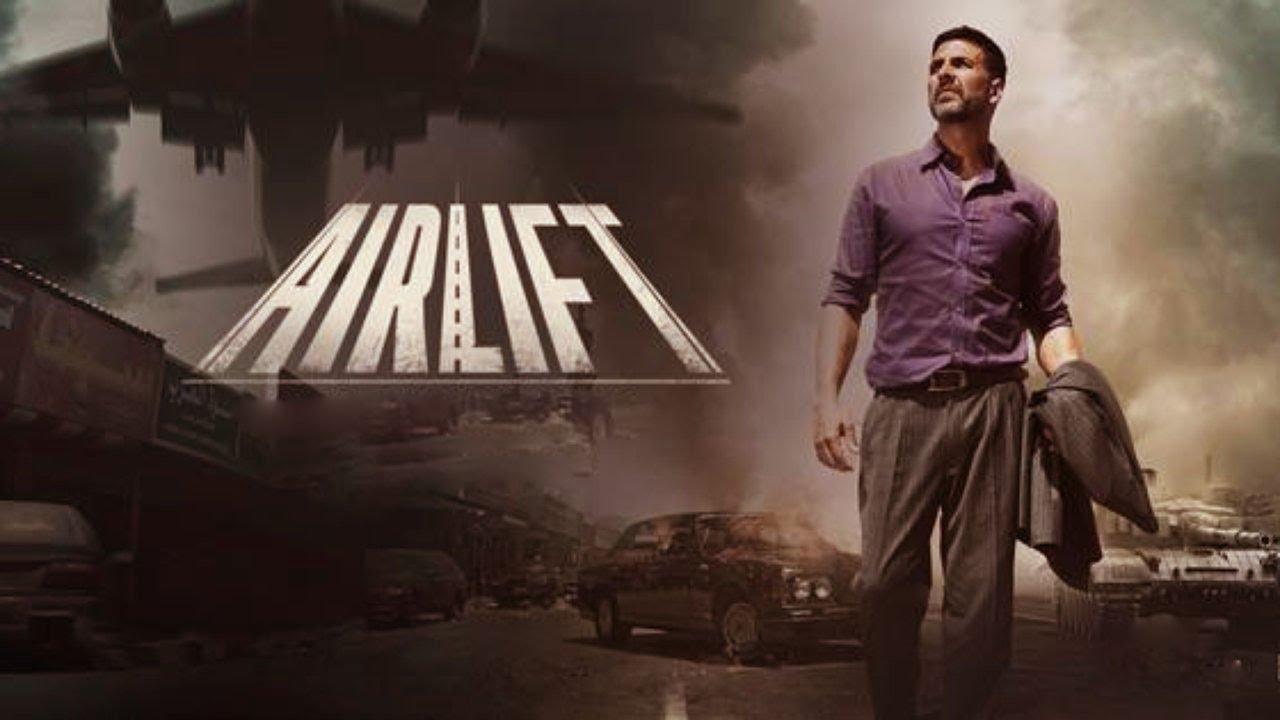 This action thriller had a high chance of going melodramatic and being over the top filmy but the director and actors kept it very real and engaging for most of the film. The detailing, the setting and the cinematography is praise-worthy. Even the dialogues were very well written and delivered by the actors. (more)

Akshay Kumar's film based on an untold story of the Kuwait invasion is applause worthy!

Akshay is completely at ease and shows remarkable versatility in being able to go from being a rick cocky Kuwaiti to a helpless Indian trying to save his family. There are several edge of the seat moments in Airlift that work, mainly because you are rooting and hoping that these people return home safe. The camera work capturing the barren landscapes paints a striking canvas. Fortunately the climax works, maybe cause you see the Indian flag fluttering in the frame for a few minutes with a teary eyed Akshay in the background. Airlift cause it tells a very important story that never got a mention in our history books. And also because the attempt to try out such subjects and storylines is applause worthy. Only if there were less songs and an editor who could tighten the length, Airlift would be soaring newer heights.(more)

AIRLIFT is a classic film based on a real life incident that is told extremely well on screen.

Akshay Kumar has delivered his career's best performance in AIRLIFT. He is outstanding! He is clearly the soul of the film. It is clear, this is not merely a film. He's willing to give it his all. The transformation from a man who lived for himself to a man possessed with the well being of his fellow countrymen in a foreign land is nothing short of genius. It is surely one of the best films to come out this year and will pick up with a strong word of mouth. Just do not miss this one!(more)

Airlift therefore, falls into the realm of a regular drama/thriller, with a few real-life references. Ranjeet Katiyal (Akshay Kumar) is an ambitious, go-getter Indian settled in Kuwait with his wife (Nimrat Kaur) and child. He has no love for his country (not even its music); in fact Ranjeet considers himself a Kuwaiti.(more)

Akshay Kumar is impressive in Airlift

Airlift ends by informing us that there were two admirable Indian expatriates -- a Mr Matthews and a Mr Vedi -- who masterminded the dramatic rescue operation, and that both of them were amalgamated into Kumar's character.Even when toasting a true story, say our movies, a superstar is worth more than a real hero. (more)

Airlift is first and foremost a heart-stopping thriller. It�s the story of a man whose heroism is awakened in the hour of crisis. Some of the most engrossing moments in the deviously-scripted political thriller find Ranjit Katyal making contact with an officer in the Minister Of External officers in the slim of getting help from the Indian government.(more)

Airlift is a film that every Indian, and every Bollywood buff despairing for genuinely high quality storytelling, must watch.

Airlift is a rare megastar vehicle that derives obvious benefits from the lead actor's magnetism without subjugating itself to the need to make the most of his presence in the cast. Airlift, at the outset, has a party song that is inevitably hijacked by the male protagonist. (more)

Airlift plays it right, and gives us drama, even if things slow down and turn a trifle repetitious post interval. But overall, �Airlift� is a good film, solidly plotted, well executed and well-acted. Just lose the songs, and the occasional underlined background music the next time, (more)

Airlift has one of Akshay Kumar's best performances

Airlift has one of Akshay Kumar's best performances - along with other sterling acts. Rich Indian-origin businessman Ranjit Katyal (Akshay) loves profits and dislikes the idea of India. But Ranjit's golden life in the desert crumbles when Iraqi forces invade Kuwait. Suddenly, people are savagely shot in the streets, houses looted, buildings blown up, tanks taking over, choppers hovering maliciously amidst minarets.(more) 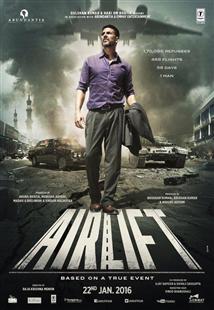