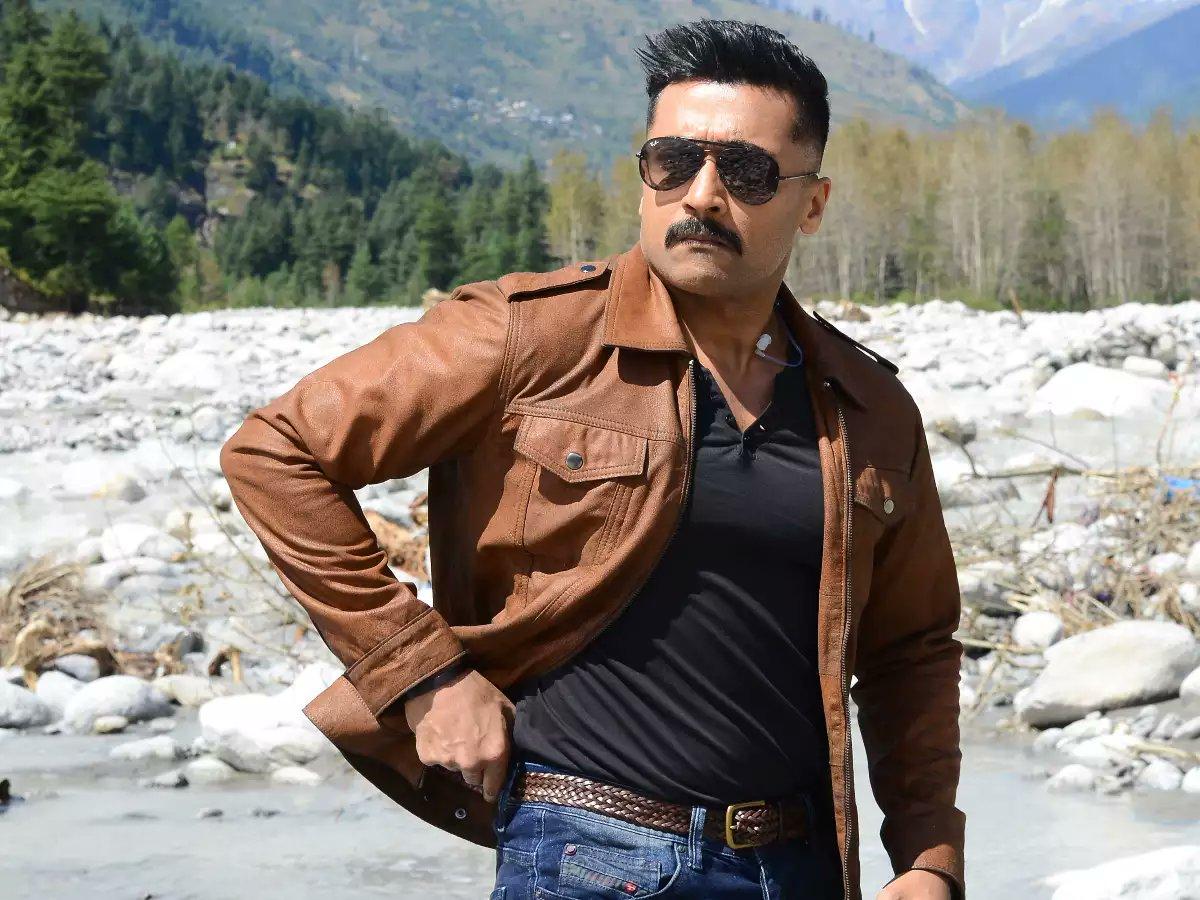 The entire movie is like an extended climax. Screenplay doesn't take a breather and will keep you glued with no time to think between scenes. Kaappaan will give the much needed blockbuster for Suriya. Solid Entertainer. (more)

Kaappan is a watchable commercial drama and action treat to Suriya fans, that has some good engaging moments.

Technically, Kaappaan's action sequences are top-notch and MS Prabhu's cinematography aids to the making of those sequences. Suriya shoulders the whole film and appears convincing throughout, while Mohanlal gives a nice elderly presence through his character. Kaappaan had some really good ideas, and the best of them is the backstory about his secret operation that appears as a mere flashback.(more)

There is a certain pulpy quality to KV Anand's films and even those aspects, like the angle involving bio warfare conducted through locusts, feel underwhelming. By the time the film reaches its ineffective climax, we begin to wish for Vijayakant and Arjun to come and rescue us.(more)

Usually Anand's films stand out in the technical department but here everything is strictly average including music, cinematography, writing and editing. We also get a vibe of watching an old Vijayakanth film with an extra dose of organic farming and bio war angle thrown in. On the whole, it is easily the weakest film of KV Anand.(more)

A colossal misfire for Suriya

The problem with Kaappaan is, Anand constructs scenes based on real-life incidents without stitching them together. There is no correlation between the previous and the corresponding scene, and it comes across like news tickers. My favourite portion in the movie involves Abishek (Arya), who plays Varma's son. He is an uber-cool guy who sits in the Prime Minister's chair with a Starbucks coffee in hand � a necessary reminder that it's okay to take things in a lighter vein.(more)

Suriya, Mohanlal are charismatic in this formulaic action drama

The action scenes have also been well picturised, though the special effects could have been better. One of the big let downs is that enough research and detailing have not gone into the script (on the working of the PMO) and makes a mockery of the way SPG functions. And a 'prime minister' coming in disguise to attend a birthday party in a restobar without his chief of security knowing it, is stretching cinematic liberties to the limit.(more)

Suriya-starrer is ambitious in scale but flat in execution

Kaappaan has very little to cheer for and even these moments aren�t great by KV Anand standards. The much hyped action sequences also don't really leave you in awe and make up for a disappointing and dull narrative. If only Anand concentrated on making a full-blown action film, Kaappaan would�ve made for an engaging watch.(more)

A nightmarish film that no star can save

KV Anand fills Kaappaaan with props, in his never-ending endeavour to create that elusive surreal ambience. But the film has artificiality written all over.(more)

Kaappaan wants to be everything to everyone, and that's not a problem, but the writing is so clumsy that you don't feel for anyone and you don't care about anything.(more)

Kaappaan lacks the thrill required of a solid action film. It doesn't need stunts � neither the physical ones nor all the farming, bioweapons mishmash to deliver an entertainer. Yeah, I see your oh-so-subtle subtext of a Central Government manipulating a business magnate to unflinchingly use his weapon against Tamil Nadu for personal gains, but that doesn't cut it.(more)

Kaappaan is a treat for Suriya fans which could have worked for everybody else too, if it had been handled better!

The storyline, though seeming very complex and intricate, is very simple and too predictable. The usage of too many characters to throw red herrings does not work and only seems to confuse the viewers. The punch is missing throughout the movie and this impedes the intensity. The crude double meaning dialogues and double entendres might appease a few sections of the audiences but that is something that is generally not expected in KV Anand's movies and don't seem to be in great taste.(more)

Interesting premise, let down by a predictable, dull screenplay

KV Anand has tried to bring in new terms like Entemological war, besides also infusing topical issues of the farmers, the Sterlite shootout inspired sequence, corporate monsters and the political nexus to make the movie look relevant, but none of the scenes possess novelty and the screenplay lacks the engagement factor that makes Kaappaan a passable outing. (more)