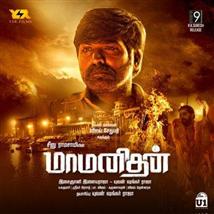 A dry subject that is handled without any sort of finesse in terms of writing and performances, so the story fails to emotionally connect and make us realize the greatness of the lead character that is intended to be presented. A potential soulful flick that lands as quite a boring fair from start to finish.(more)

Seenu Ramasamy, who has also written the movie, seems to want his audience to understand the importance of strengthening and protecting one�s spirituality. The movie seems to argue that providence would go out of its way to protect the good ones. And it will subject people to gruelling punishments to cleanse them of residues of their intrusions.(more)

A surprisingly good movie about what makes a man great

Maamanithan doesn't wear its coat on the shoulders of a thriller. There are no shocking revelations that tumble out of the closet in the third act, although you�ll get one if you sit through the movie. But that�s not the most interesting aspect here. Writer-director Seenu Ramasamy seems to prod at the sentiments that make us who we are. The title, which translates to a great man, is obviously related to the protagonist�s soul.(more)

Maamanithan is a beautiful family drama, watch it for Ilayaraja - YSR's blissful music and the performances.

Maamanithan has a lot of moments that you can cherish if you're revisiting the film. It is an honest and genuine family drama, thanks to the technical work and the performances. (more)

A quietly affecting saga of an ordinary man

That said, the director trips up while going ahead with this approach by making it too convenient for his protagonist to get his redemption. When Radhakrishnan goes to Kerala, he immediately manages to find a job, friends and even a surrogate family in the form of a widow and her teenaged daughter. And the one who he is after ends up in the same place as he goes to later. We also get a charged musical number towards the climax that feels tonally off.(more)

A useful story, but not a riveting film

The film is also a bit too keen to celebrate its protagonist as a selfless saint. Perhaps he is one, but it feels like there are other characters who deserve as much acknowledgement. Radhakrishnan�s Muslim friend is a bit of a saint himself. And why, even Savithri, who has endured hardship all her life, has done a lot for their children. And yet, it feels like she doesn�t quite get her due. But as I said, these are nuances, and in a film that never really has you riveted in its universe, does it matter? It�s a pity because we don�t get a lot of these films that speak of how greatness in our world is often found in the most unassuming of people, who quietly sacrifice themselves, so people around them can live better lives.(more)

Maamanithan is a film that puts a smile on everyone�s face. The first half of Maamanithan is stacked with many heartwarming moments that tug at our heartstrings. Especially the scenes involving Radhakrishnan and his family members and also his friendship with Ismail (Guru Somasundaram). Director Seenu Ramasamy should be lauded for not making this film melodramatic, but letting it be as realistic as it is. We do not see the characters breaking down or wailing even during testing times.(more)