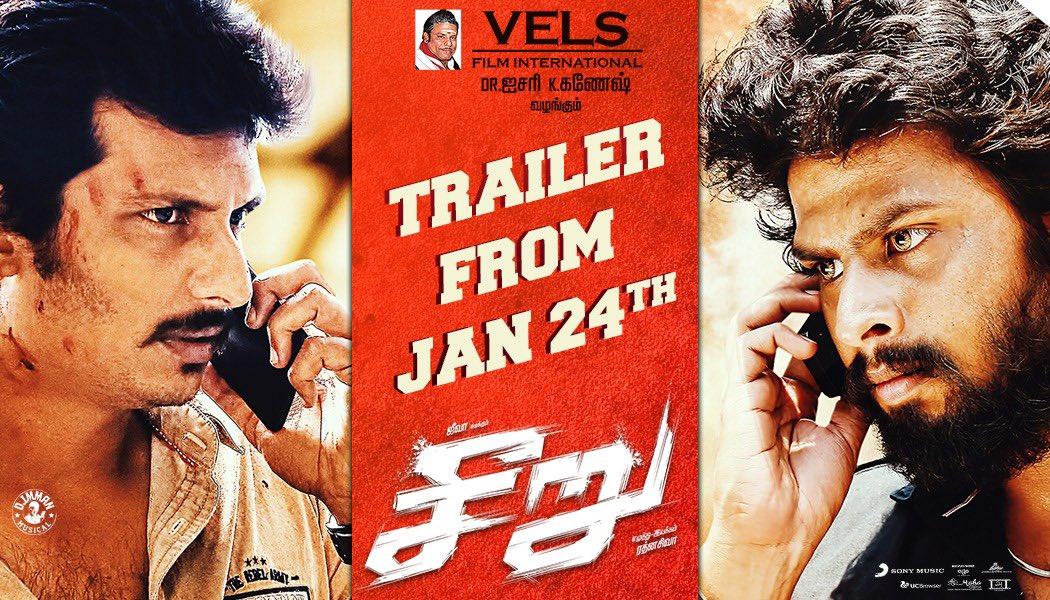 Seeru is just about watchable for its last episode and some well enacted sequences by Jiiva and the state topper girl!(more)

Very little story... Too much of advice and no logic whatsoever! A cringe-fest...

Scenes showing too much of violence against women should have been removed, why does the audience have to tolerate a woman being beaten up so badly for over 10 minutes.(more)

A solid masala movie that nicely balances sentiment and action

Even though it starts off as a mass hero movie, Seeru turns out to be a solid masala movie that nicely balances sentiment and action. If Rathina Shiva's Rekka had a whiff of Ghilli, Seeru, recalls Run, which was also about a youngster from a small town locking horns with gangsters in the city, in its set-up. The director keeps the narration engaging with hardly any lull and packages the script with smarts, tying in scenes with seemingly inconsequential ones that we were shown earlier. Like how the opening scene, which initially seems like just another hero introduction scene, has a payoff in the climax.(more)

Seeru is an unpretentious regular commercial cocktail and watchable to an extent if you have two hours to while away.(more)

How to thank a thug who came to kill you

The film moves at a slow pace in the first half, which is filled with a mass intro of the hero, replete with punchlines and mundane romance and song sequences. The film gains momentum upon the arrival of Varun in the plot. The flashback portions are well shot. However, the actual point of conflict is weak and logic goes missing in many places.(more)

Despite its interesting premise, Seeru could have worked well with an engaging screenplay.

Seeru had some good ideas on paper. We see a hardened criminal choose the path of redemption. We see a bunch of helpless girls planning to avenge the death of their ambitious friend, whose dreams posed a threat to the villain. But rarely do we see these ideas translate on screen due to the ordinary filmmaking.(more)

Though Seeru comes with a crisp 2 hours runtime, Rathina Shiva could have had some novelty in the screenplay and the conflict points which could have made Seeru even more impactful. (more)

A neat entertainer, despite the outdated 'commercial' presentation

Seeru comes across as a film that's at least a decade old, in terms of its outdated presentation and over-the-top sequences. The romance track featuring Riya Suman isn't anything to write home about, but it does give us the lilting Vaa Vaasuki composed by Imman and sung with punch by Shankar Mahadevan's son Shivam, who can find more meaningful work if he works on his Tamil diction. It doesn't help that the main villain Navdeep is of little importance here. But the surprises within the traditional masala format, and an earnest performance by Jiiva, keep it engaging.(more)

The film does justice with its flashback sequences. The girls also deliver the right kind of emotion. If we remove Jiiva from the plot, the story would still move the same way it did. He's not woven into the plot but only remains an outside element throughout the story. It's more of Varun vs Navdeep than Jiiva vs Navdeep, with Jiiva helping his cause.(more)

What if the man who is out to kill you ends up saving the life of the most important person in your life? Why should it always be the men avenging the murder of their friend? These are interesting situations but the writer struggles to incorporate these within this dated template(more)