Keerthy Suresh tries to hold the fort but the film doesn't support her!

The real dampener is the climax which bears a close resemblance to a recent Telugu movie. Being flimsy is one thing but this almost ends up as a joke and ruins any goodwill that you might have had for the film all this while.(more)

Penguin has its moments and Keerthy Suresh indeed makes the film very watchable. But it is probably time to ask if this pressure to include 'twists' isn't killing a good story only because it seems too simple. The twist upon twist formula gets tiring when the writing hasn't accommodated for them from the beginning. it's like delivering a cold splash of water on the viewer's face and expecting them to be happy only because they didn't see it coming. It's unexpected, sure, but not particularly satisfying.(more)

Some chills and many cheats in this underwhelming emotional thriller

Rather than create suspense in an organic manner, exploiting the oddity of the situation, the director resorts to providing cheap (cheat) thrills in the form of dream sequences and gratuitous violence that only makes us squirm. (more)

Keerthy Suresh marks her return to Kollywood with a fantastic performance that reminds us of the wonderful actress she is. Her performance in the melodramatic scenes plays a huge role in moving the audience, and her character arc has also been sketched beautifully. The director takes time to show how much she is attached to her child and once that is strongly established, he proceeds with the story.(more) 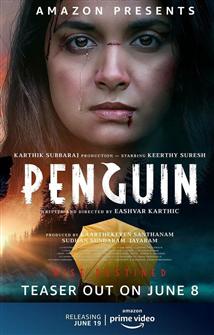