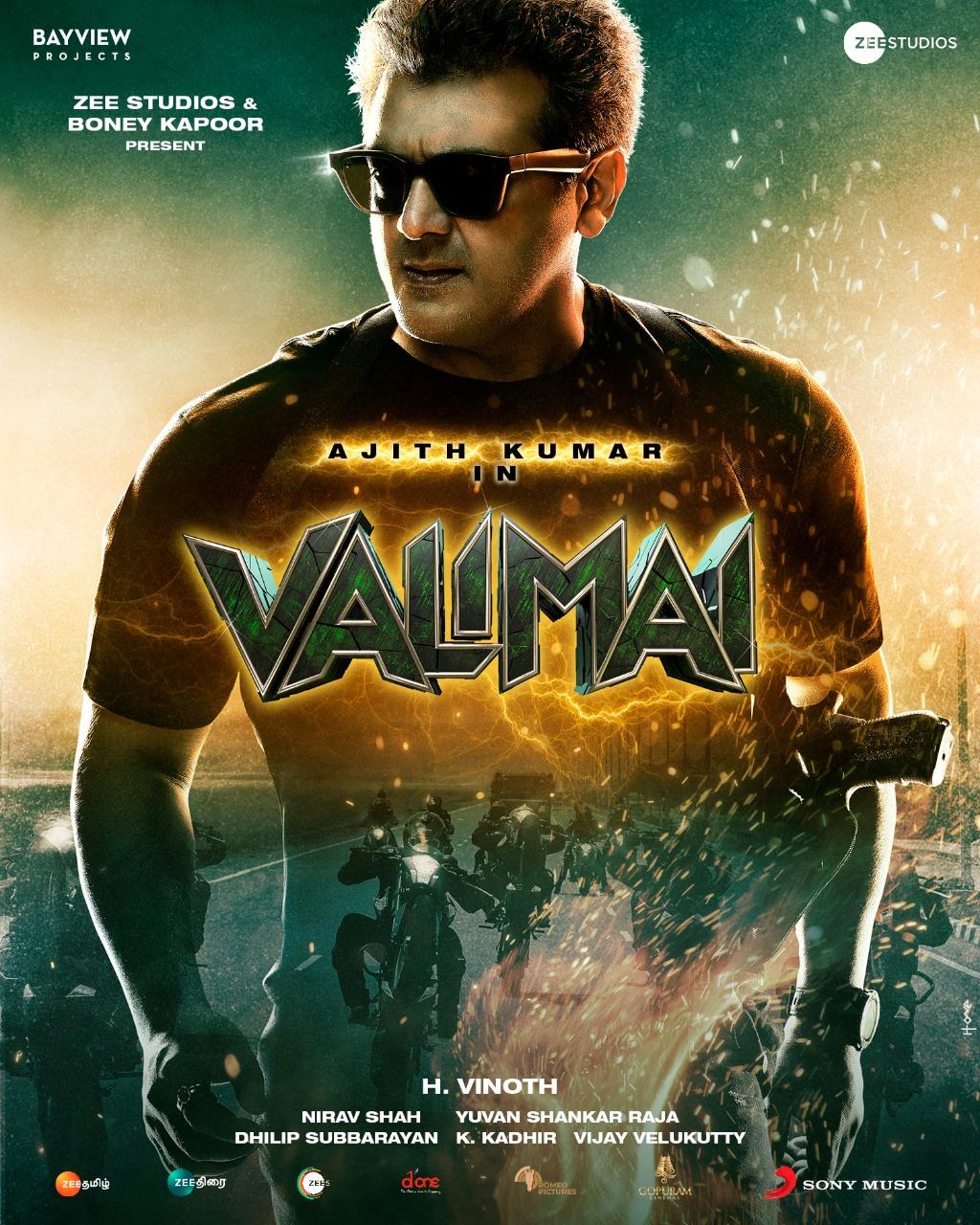 Quite an engaging first hour with a convincing setup and has a couple of unimaginably grand-scale intense chase sequences, also the story has enough potential to hit the right chord� Despite these factors, it doesn�t offer anything exceptional on the whole due to a lot of usual stuffing especially in the second half. With a crisper screen-writing and a gripping latter, this could have been something big.(more)

It's a clash between stunts and sentiment in Valimai, a somewhat engaging but overlong action movie that hides its simplistic writing with elaborate action set-pieces. We keep getting a sense of Vinoth trying hard to strike a balance between making a gritty action movie and satisfying the demands of a star vehicle, with message, sentiment, and 'mass' moments. Despite the story having scope for rooting the action scenes in emotion, he is content with treating them as just standalone set-pieces. (more)

H Vinoth exchanges the grounded authenticity of his predecessor work for glitzy, gimmicky action which ends being a kitsch combination of sensibilities (more)

Valimai would've been a cracker of a film if it solely focused on providing action thrills. It needlessly tries to pander to the masses by bringing in the family angle which is the film's biggest grouse.(more)

Ajith, without a single doubt, is the one - man show of Valimai and somewhere that's also a drawback of the film. The story H. Vinoth is trying to narrate needed a lot of men, women instead of just one man.(more)

Tests The Patience Of Audience

With nearly three-hour running time and never-ending stunts, 'Valimai' tests the patience towards the end. All in all, despite style and sass, and a couple of high-octane action scenes, 'Valimai' doesn't excite us at all, making it a boring watch.(more)

Ajith's film is a crowd-pleaser

Director H Vinoth's Valimai, starring Ajith, follows the story of an intelligent cop who traces the mastermind behind a series of crimes. The action-thriller is a predictable story laced with brilliant action sequenceS.(more)

Overall, despite the 3 hour runtime, the film is highly engaging and entertaining. The film promised action, and it delivers the promise without any doubt. The last time fans had a glimpse of their favourite star was at least 900+ days back. And he's back with a bang to turn the theatres into a 'thiruvizha'.(more)

Ajith's bike zooms while the story is stuck in a pothole

The stunts are indeed valimai (powerful/strong) but the film becomes a kodumai (atrocity) with its wonky script and poor characterisation. Unfortunately, that�s the final Valimai update we're left with.(more)