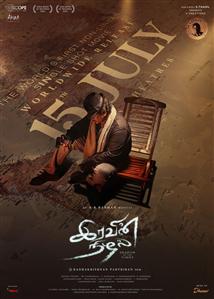 There are certain lows in the screenplay that pulls down the engagement value and the film is definitely not everyone�s cup of tea. Yet manages to hold to an extent and surely a fascinating attempt. Making is the King here, an outstanding representation of new-age cinema. Kudos to the team effort.(more)

The writing is not slender � but the production is, so, everything has to be accommodated keeping the set design in mind. As a result of this onslaught, some moments � like a character�s affair or when someone dies by immolation, or when Parthiban uses voiceover as a device to fill up narrative gaps � needed elaborate staging and better emotional payoff. Sometimes a lot is packed in the frame that you wish there was a little more pacing [Rahman�s gentle music does this for the most part] and coherence between the scenes. For an average viewer, this might not be a problem. But for us film writers, it comes across as too easy, too convenient at times. Nevertheless, Parthiban does dare to dream big. He seems to enjoy taking risks, outdoing himself. Keep daring, Parthiban.(more)

Parthiban also uses music (AR Rahman, whose stirring score is like a ray of light in this film's dark world) sound effects cleverly to make us forget that entire film has been shot in one place, inside the huge set that we are shown in the making-of video. In that sense, this 'project' is definitely a success as Parthiban achieves what he set out to do.(more)

R PARTHIBAN PULLS OFF A TECHNICAL FEAT THAT'S ALWAYS FASCINATING, EVEN IF THE FILM REMAINS A BIT DISTANT

avin Nizhal has a trippy, sensory feel. There is an incident of ganja-selling and we sense those fumes throughout the film. It is sometimes surreal. It is sometimes hallucinatory. It is always fascinating. The cast includes Varalaxmi Sarathkumar, Robo Shankar, Priyanka Ruth, Brigida Saga, but the film is all Parthiban. The first time we see him, he is out of focus. Slowly, his image becomes clearer. In this single stretch, we know what this is going to be about: a mystery man who we finally get to understand. I was a little divided about Parthiban's decision to include the film's making-of video, which shows how Iravin Nizhal was pulled off. (Should a magician reveal his tricks and destroy the illusion?) But given the film's experimental nature, this video adds another layer of experiment.(more)

Director Parthiban has always looked to infuse films with some messaging, and Iravin Nizhal is no different. He touches upon several topics, right from drugs and abuse to fake godmen and loan sharks. While he has never flinched from discussing taboo topics, here, he seems more eager, given that the film includes nudity, childhood sexual abuse, drug abuse, murder, suicide and very strong language. However, he�s brilliant enough to place these disturbing sequences not too close to each other. While on brilliance, how about that shot that shows Nandu meeting a younger version as they throw their respective shawls over their shoulder. There�s another intriguing idea�of a woman who seems to be a figment of Nandu's imagination, appearing and singing next to him, while we learn the reasons for Nandu�s reaction quite later on.(more)

Iravin Nizhal is a technical marvel, that definitely needed crisp writing. However what Parthiban has achieved through this is pathbreaking, and makes us forget the flaws in the screenplay and writing. There are the usual 'Parthiban Wordplay' dialogues, but half of them distract us from the scene, affecting the engagement. The performances of the actors, and Parthiban's perseverance keeps us hooked for the entire duration, and the short runtime also helps the film's cause.(more)