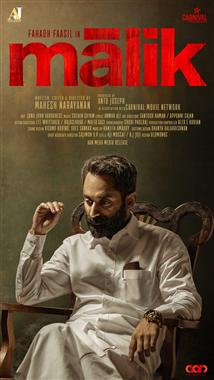 Despite the predictability, Malik is an extremely well made film that has you engrossed with its drama and solid performances. (more)

A STORY FOR THESE CONFLICTED TIMES

Packed with action, characters and conflicts - in the family, community and with politicians - the first scene makes for a heavy start. But Fahadh and Nimisha are actors who, if anything, are capable of grabbing and holding on to your attention. And as the scene changes, the story starts to flow in a more comprehensible manner. (more)

When God takes over a human colony

Comparisons to The Godfather are perhaps unavoidable, but Coppola's film wasn't just about deceits and double-crossings. It was also about those tarantellas, those football weddings, those little girls dancing on the feet of old men. The terror and sensuality of that film came from the fact that both 'meatball cooking' and 'garroting' were approached with the same level of intensity (and this is how it acquired dimensions not present in Mario Puzo's source material). (more)

The writer certainly has drawn elements from a riot and police shootings, which happened on the Kerala coast some years back, although the film does not claim to be a real-life narrative. Rather, the film has more similarities to traditional gangster narratives, and recent films like Vetrimaaran�s Vada Chennai, with its portrayal of the relatively innocent days of the protagonists, the slow shift into the sale of smuggled goods, the natural animosities that are created in this line of business, and the betrayals that follow. The resultant predictability coming from this familiar structure though, does not mar the experience much.(more)

Nimisha Sajayan steals the scene with her superlative performance. As Fahadh�s wife, she gets the meaty character, and the film also ends on her. Other actors also have put up commendable jobs. Sanu Varghese�s camera is brilliant. His work is outstanding in the first 12 minutes and the last shoot-out. Sushin Shyam�s background score is neat. (more)

Malik isnt so much a dissection of the strongman concept than a mere representation of it. Had it not been for those pesky subtitles, the film could quite possibly have caused a bit of a stir. But fortunately for all of us, I don't think the people who tend to cause this kind of trouble are particularly fond of reading. Its political drama that masquerades as a gangster picture. Identifying the difference between the two, as always, is up to you.(more)

A fantastic experience. Don't miss it!

With another brilliant performance, Fahadh Faasil steals the show here. He gets into the shoes of his character with remarkable perfection and makes his Godfather-like character so believable. Nimisha Sajayan is terrific as Roselin, who is Sulaiman�s wife. Joju George, Vinay Forrt, Dileesh Pothan, Jalaja, and Indrans perform their parts very well. On the downside, the film is a tad too long at 2 hours 40 minutes and the plot is familiar. (more)

It's Fahadh Faasil vs Vinay Forrt in a grand, gripping saga on tricky communal ground

Fahadh Faasil as Sulaiman aces the moment-to-moment alterations in his demeanour, especially in scenes alone with the smuggler-turned-politician Abu (Dileesh Pothan). He gets tough competition here from Dileesh�s chameleonesque turn as a slimy neta. (more)

In terms of scale, Malik is the biggest Malayalam film since Lucifer. We don't get to see something of this magnitude enough in Malayalam cinema these days. We got a lot of them in the 80s and 90s, but rarely today. I've heard that some significant portions had the help of CGI. So far, I have only spotted one instance. Everything else looked stunningly seamless. (more)