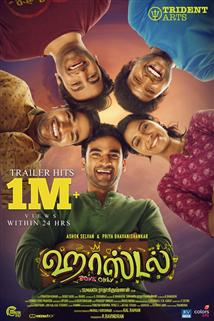 An unimaginative remake that is lost in translation

While the initial staging of the film id interesting, the plot starts losing its grip when the filmmaker shifts its genre in the name of comedy. The second half is written like a usual horror comedy that is neither funny nor scary. Aranthangi Nisha comes as a ghost who wants to marry and have an intimate relationship with Saathappan, Kuriokose's assistant. The scenes have no connect and it only disconnect us from the lead characters.(more)

Though the slapstick performances from Nassar and Munishkanth make us smile occasionally, the jarring work of the rest of the cast brings it down. Several times in the film, Nassar's Father Kuriakose asks his students to be disciplined and silent in vain. Kuriakose might have been made happy by a visit to the theatre I saw this comedy in. There was pin-drop silence throughout.(more)